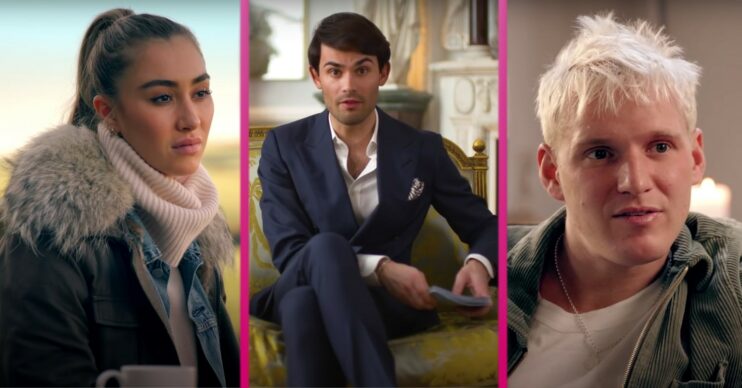 Made In Chelsea cast: who are the richest ever – and where is their worth from?

A lot of the Made In Chelsea cast were born into money, but which of them is the richest?

The show has seen a lot of cast members use their platform to add to their wealth even more.

From launching their own companies to becoming social media influencers, some stars have had quite the success after appearing on the reality show.

So who are the richest Made In Chelsea cast members?

Spencer Matthews is officially the richest cast member to ever come from Made In Chelsea.

The reality star is worth a whopping £47 million.

This is thanks to multiple business ventures including multiple property investments and his non-alcohol spirits brand, CleanCo.

As well as starring in the E4 reality series, Francis Boulle is a diamond heir and web entrepreneur.

So it’s no wonder he is the second richest Made In Chelsea star!

Read more: Made In Chelsea: who did James cheat on Maeva with? Have they split?

The star runs six businesses, invested in several technology and internet startups and even has a best-selling book, Boulle’s Jewels: The Business of Life.

Francis Boulle has an estimated net worth of £10 million.

Since becoming one of our favourite Made In Chelsea names, Ollie Locke-Locke has become an author, starred in a movie and launched his own dating app.

The app has the aim of improving the dating app scene for gay men, to expand further from centring purely around sex.

Later the same year, he then went on to sell the app for £1 million.

Ollie Locke-Locke has an estimated net worth of £7.8 million.

Jamie Laing is the fourth richest Made In Chelsea star with an estimated net worth of £7.5million.

The brand has recently gone to America and has previously been valued at £10million.

Jamie has also appeared on Celebrity Hunted, Strictly Come Dancing and also landed a presenting role on the BBC Three show, I Like the Way You Move. 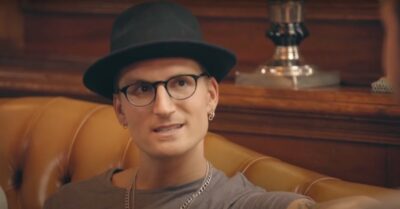 Oliver Proudlock is also one of the richest members of the Made In Chelsea cast with a net worth of £5 million.

The television star is the founder of Serge DeNimes, a fashion brand which sells designer clothing and jewellery.

He is also behind QV Wine, which sells organic wines from Provence and was launched with his wife Emma Louise Connolly and two of their friends.

Sophie is one of Made In Chelsea’s most well known stars, with an estimated net worth of £4.5 million.

She is the heir to Mustang jeans and her father, Dieter Hermann, is a successful business consultant while her step-mum is German actress Uschi Glas.

But Sophie has also earned a lot of her money herself!

She is a fashion designer, model and she recently appeared on Celebs Go Dating.

Louise Thompson has become a very successful business woman after appearing on the reality show.

She is one of the top Made In Chelsea millionaires with a net worth of £4 million.

She currently has two businesses, Pocket Sport and Trtle.

Pocket Sport was launched in 2018 and sells premium activewear, whilst Trtle is a health and fitness subscription service.

Louise also does a lot of branded work on Instagram, where she can charge up to £3k per post.

Hugo Taylor has an estimated net worth of £3.9 million.

The star makes his money through his sunglasses company Taylor Morris, which he co-founded with his friend Charlie Morris in 2013.

However, this isn’t his only source of money, his father is a Queen’s counsel, earning well over £250k a year.

His mother also works for the auction house Christie’s.

Therefore it’s no surprise that the star’s net worth is a hefty £3.2 million.

She has also worked as a model, and had her own eyelashes range and has done a number of brand collabs.

Millie is also an author, having written a book about lifestyle, fashion and fitness.

Sophie Haboo has also done really well since joining the cast of Made In Chelsea.

The star co-founded an eco swimwear company, called Gi-swim with her sisters.

All bikinis are made from recycled plastic and nylon, the packaging is also recycled and biodegradable.

She has also become an Instagram influencer since appearing on the show, working with brands such as Very, Abbott Lyon watches and Freddy Jeans.

Sophie Habboo has an estimated net worth of £3.8 million.

As well as her success on Made In Chelsea, Emily Blackwell is also a very successful model.

She’s even the director of her own lingerie company, UYC London.

Emily’s net worth is estimated to be around £2.3 million. 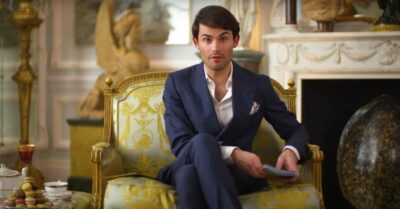 Mark-Francis Vandelli has also come from a very wealthy background.

His parents are Russian princess Diane Boulting-Casserley Vandelli, a millionaire socialite who was a Yves Saint-Laurent model, and Marzio Vandelli a former Italian industrialist.

But as well as inheriting some of his mother’s huge fortune, he also owns a French antiques business in Paris.

His estimated net worth is £2 million.

Verity is also one of the richest Made In Chelsea stars with a net worth of £1.9 million.

She has made most of her money through her own vegan food company, called Clean Kitchen Club.

She’s the co-founder of the brand, which has an aim of bringing plant based to mainstream, with Mikey Pearce.

Alongside this, Verity is also a pilates instructor and hosts her own class called Pilates with Verity Bowditch.

Victoria Baker-Harber has been on Made In Chelsea since the very first episode, and she still occasionally appears with Mark-Francis.

Before starring in the reality show, Victoria worked for luxury brand Elle en Jette as a swimwear designer.

Victoria Baker-Harber has a net worth of £1.5 million.

Binky Felstead is another original Made In Chelsea cast member who went on to become a millionaire.

After appearing on the show, the reality star has modelled for brands and had her own ranges with names such as InTheStyle.