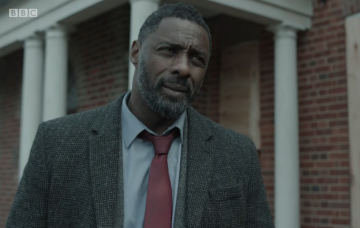 TV favourite not keen on being scared for fun

Luther star Hermione Norris has admitted she finds the BBC crime drama too frightening to watch.

The 51-year-old actress revealed she avoids “scary things” in TV and film – but defended the series against accusations that scenes in the most recent episodes have been too harrowing.

Among other gruesome events to have been depicted in the latest instalment of the show were the brutal ‘night bus murder’ which left some terrified viewers vowing to never travel by public transport again.

And other fans declared the fifth series ‘too dark’, with complaints the show has become “unbearable to watch”.

According to reports, the first three episodes airing in 2019 contained over 37 violent and gory incidents in three hours.

But Hermione reckons such extreme audience reactions to the violent plots point to how brilliantly the telly thriller starring Idris Elba is scripted by writer Neil Cross.

The Vivien Lake star told the Mirror: “Job well done if people are feeling like that, Neil is achieving what he’s set out to achieve.

“He is very good at preying on our deepest psychological fears.

Read more: Sir Tom Jones admits he blames himself for his wife’s death

However, Hermione – also known for playing Karen Marsden in Cold Feet – echoed comments made by Idris that suggested he’d rather watch cartoons!

He said recently: “If I’m honest I try not to watch the show. It’s dark, very dark. It’s not the kind of thing I like to watch. I’ve got my son so we just watch Shrek.”

Joking she’d much prefer to be enjoying the green ogre animation in his company than experience a rush of fear or relief from a horror film, Hermione also indicated she would be keen to work with the in demand star again.