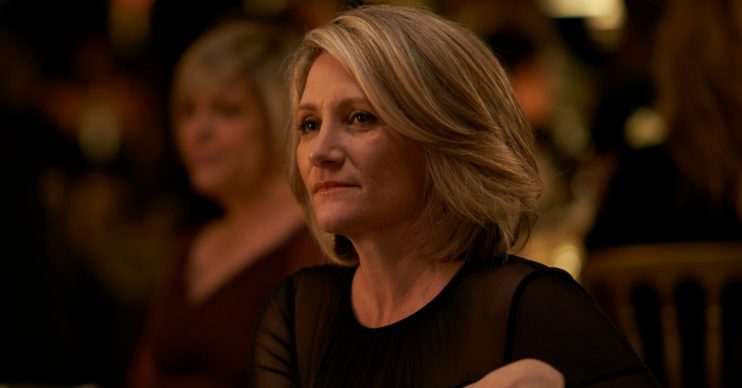 Lucy Speed plays Marnie in Unforgotten: Will she return to her role as Natalie in EastEnders?

Unforgotten episode four sees confrontational scenes between suspect Dean Barton and his wife Marnie – but who plays Marnie in Unforgotten?

Who plays Marnie in Unforgotten?

On the surface, she and husband Dean are loved-up parents to two children and charitably hold fundraisers for disadvantaged kids.

But scratch the surface, and the household is riddled with secrets.

Marnie has a huge shock coming when she discovers her husband is a suspect in DCI Cassie Stuart and DS Sunny Khan’s cold case murder investigation.

But is Marnie as innocent as she looks?

Who plays Marnie in Unforgotten? What else has Lucy Speed starred in?

Actress Lucy is most famous for her role as Natalie in EastEnders.

She started as a child actor, with a career spanning more than 30 years.

Lucy was just nine when she first appeared on telly, starring as Sally in Up Our Street in 1985.

She went on to appear in King & Castle, Dodgem, Rides and Casualty, before portraying a lady of the night in the 1998 film Shakespeare in Love.

Lucy has since appeared in Lewis, Holby City, Cradle to Grave, National Treasure, Call the Midwife, Doctors, Liar, Marcella and Silent Witness – among others.

She appears in all six episodes of Unforgotten series four as Marnie Barton.

Lucy Speed’s big break was at the age of 17, when she won the role of Natalie Price in EastEnders.

Natalie was the long suffering best friend of Bianca Jackson, but her affair with Ricky ending his relationship with Bianca.

She chose to leave the soap after a year due to feeling overwhelmed and unprepared for all the attention she received from being in such a high-profile show.

She said at the time: “I was very frightened by it quite frankly and certainly unprepared for it.

“I didn’t like all the attention that came with being on such a high-profile show at all.

“It simply wasn’t what I signed up for in the first place – all that craziness.

“I was very young and extremely shy, so it all became a huge difficulty for me.

“I honoured my initial one-year contract and then moved on.”

However, in 1999, she reprised the role of Natalie to “pay the mortgage” and became a love interest for Barry Evans, eventually marrying him and having his son Jack.

Her storylines included a rocky marriage to Barry and almost sleeping with her brother-in-law.

She rekindled her affair with Ricky, had a relationship with Paul Trueman and desperately tried to get Janine Butcher arrested for murdering Barry.

She left the soap once again in 2004 after five years, explaining the scripts weren’t keeping her busy enough.

Lucy has previously said she would consider returning to Walford.

How old is Lucy Speed?

She is currently 44 years old.

Who plays Marnie in Unforgotten? Is Lucy Speed married?

They live in Fulham, west London.

Does Lucy Speed have kids?

Lucy and Spencer have two children together.

The pair welcomed their first daughter Kitty Bina Grace Hayler on May 20 2012.