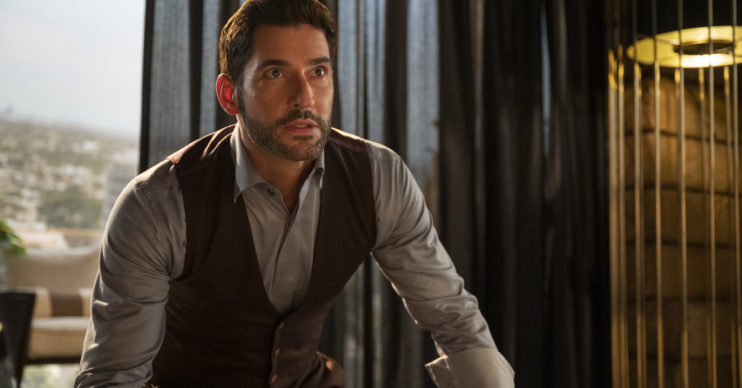 Lucifer season 6: 7 questions we have for final season of devillish Netflix series

Lucifer season 6 is on its way and the tale of the Devil-turned-good is finally coming to its dramatic end.

But in order to do that, there’s still a lot of business for the celestial character to be taking care of.

With the dramatic finale of season five part two still hanging over viewers’ heads, this story is far from over.

Here’s everything we want answers to going forward…

What will Lucifer do as God?

Lucifer season five part two ended with our leading man (Tom Ellis) being given the role of God.

After his father abdicated, it was left to the angels to ‘figure out’ who to take over.

But while it initially seemed like it was going to be an easy case of vote-by-angel, it wasn’t that simple.

Ultimately, it was Lucifer’s willingness to sacrifice himself for love that won him the title.

But what’s he supposed to do with it and how will he handle this new pressure?

Lucifer’s twin brother Michael (Tom Ellis) was eager to take over the throne.

Instead, he lost out and had his wings cut off, subjecting him to life on Earth to learn the error of his ways.

But Michael isn’t someone to back down easily.

Will he try and usurp the throne, or will he find himself a new, better life as a mortal?

How will Chloe and Lucifer’s relationship work?

It’s one thing being in a relationship with the Devil – it’s another being in love with God.

Now that Chloe Decker (Lauren German) and Lucifer’s romance is on track, will she be able to handle being the other half of the Father of All Beings?

And is she actually going to quit being a detective with that in mind?

Will Dan get out of Hell?

Dan Espinoza (Kevin Alejandro) has had a horror show of a ride – and it’s about to get worse.

After dying during his work as a cop, angel Amenadiel (DB Woodside) discovered that he’s not in heaven.

Which means the guilt-ridden detective is now in Hell, stuck in his own worst nightmare.

Actor Kevin has confirmed that we will see Dan again, but will it be for better or worse?

Will Trixie and Ella find out the truth about Lucifer?

Chloe’s daughter Trixie and Ella Lopez are now the only two members of the friendship group that don’t know the truth about Lucifer.

With the series coming to an end, when will they finally find out the truth?

The devout Ella has been needing spiritual guidance for a while, and often prays to keep herself centred.

Turns out, the person she needs has been next to her all along.

As for Trixie, she’s now grieving the loss of her dad – how will she handle Lucifer being somewhat ‘in charge’ of that decision?

Does baby Charlie have powers?

Baby Charlie, the half-angel, half-human child of Linda and Amenadiel, is currently showing no supernatural abilities.

While it’s a relief to Linda, Amenadiel can’t help but feel slightly disappointed by it.

But there’s always time – and who knows? Maybe puberty will result in a little kickstart on the ol’ superpowers.

Would could bring around a whole load of new questions.

Who will rule the Underworld?

Currently, no one is guarding the gates of Hell – and it seems like it’s been struck off as a problem.

But Lucifer looked after the Underworld for millennia for a reason, and demons have managed to escape before.

Will there be someone new to take up that mantle?

When is Lucifer season 6 released?

This is the big question – and unfortunately, we don’t know the answer just yet.

However, we do know that the show has already finished filming its final scenes, meaning that the last eight episodes are currently in post-production.

There was a tease from the show’s creators that season six will feature a Christmas episode.

As a result, it seems likely that the show will be released in December.

But don’t hold us to that – as Lucifer has notoriously been pushed back more than once.

Lucifer is available now on Netflix.