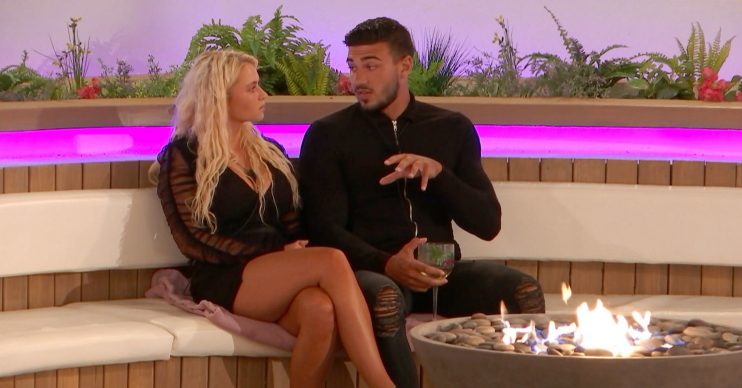 The sister of Love Island star Lucie Donlan has asked fans of the show to “be better than this internet culture of hate” after the surfer was trolled online for her comments about Tommy Fury.

Lucie has come under fire for telling the boxer she is open to a relationship with him, even though he is coupled up with influencer Molly-Mae Hague.

Emily Airton, who is also a surfer, wrote on Instagram: “To hate is one of the weakest things you can do. Whether it is to a stranger, friend or yourself, it is disservice to who you are.

“Learn to let go of your insecurities, judgements and begin to appreciate others for who they are…

“Please be better than this internet culture of hate. Be kind, be compassionate. Be human. love you ! @lucierosedonlan.”

Fans of the show blasted Lucie online for making a move on Tommy, while others commented on her Instagram page that she had “played” former contestant Joe Garratt, who she was coupled up with until he was axed from the show.

Since Lucie has entered the villa, her sister has been sharing photographs of the two of them online.

She captioned one of them: “There is no better friend in this world than a sister.”

She told Tommy: “I’m just going to put it out there that I’m up for something we had before… I know there could be something more.”

She also told Tommy not to say anything to Molly-Mae, which he ignored and later spoke to her.

“I’ve found everything I want in Molly,” Tommy told her.

Viewers weren’t impressed and shared their thoughts on Twitter.

One person said: “I don’t rate lucie after randomly telling tommy she now wants to peruse something after joe the guy she chose over him left.. it’s all a mess.”

Another wrote: “Lucie should have gone to Mollie first. She’s so wrong.”

I don’t rate lucie after randomly telling tommy she now wants to peruse something after joe the guy she chose over him left.. it’s all a mess 🙄 #LoveIsland

Lucie should have gone to Mollie first. She’s so wrong #loveisland

However, a third added: “Loving the new lucie wooo after all she been through in there I say you go girl.”