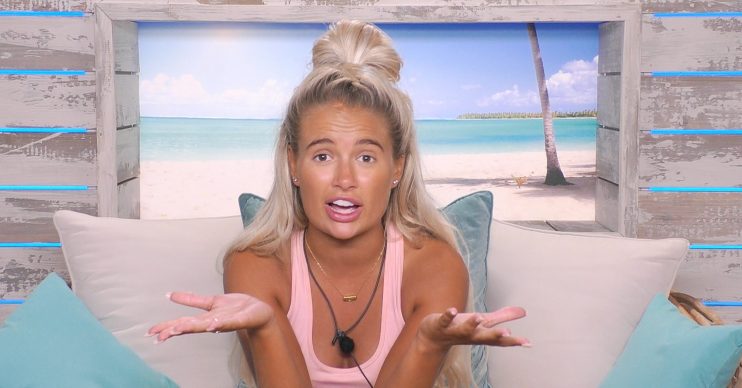 She insisted there's "no beef" between them

Love Island’s Molly-Mae Hague has insisted there is “no beef” between herself and Sherif Lanre following his exit from the villa.

Sherif was removed the villa after accidentally kicking Molly-Mae in the crotch during a play fight before making “pretty foul” comments about the incident.

He said he called it a “[expletive] punt” and insisted it was “correct” of ITV to handle the situation the way they did and apologised for the language he used.

Now out of the villa after finishing in second place with boyfriend Tommy Fury, Molly-Mae has spoken about the incident.

She told The Sun: “There is no beef between me and Sherif. I haven’t got my phone back yet so I haven’t spoken to him yet. But I love the boy to pieces.”

Sherif had left the Love Island villa last month after he had broken the rules.

At the time, Sherif said in a statement: “In a case of poor judgement, I broke the villa rules and as a result agreed with the producers that it was best for me to leave the villa.

“I regret that I didn’t conduct myself in the right way and, as a 20 year old guy, it’s something I know I will take on board and learn from.

“I really enjoyed my time in the villa and look forward to catching up with everyone on the outside.”

He later spoke to The Sun and claimed he quit the show because of an insensitive joke he made about Molly-Mae.

He told the publication in an interview: “I was kicked out of the villa because I was play fighting with Molly-Mae and joking around with Tommy and Molly-Mae collectively.

“We were throwing karate kicks at each other, fake karate kicks, and one of them accidentally caught her in the groin, very lightly. Although shocked, she wasn’t injured, and I went on to use some pretty foul language to describe the incident.”

Read more: Love Island’s Curtis and Maura ‘will be first to split’ after finishing fourth place

Meanwhile, Molly-Mae and Tommy were runners-up in this year’s series.

Amber Gill and Greg O’Shea took home the crown after winning over viewers.