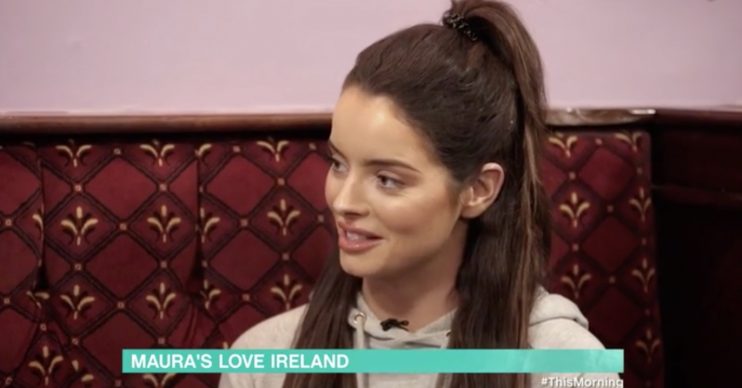 Could there soon be wedding bells for this reality couple?

Maura Higgins has got a busy couple of months coming up, it appears.

The Love Island star, 28, has signed up to appear in the next series of Dancing On Ice.

But according to a renowned match-maker, she could be walking up the aisle soon, too, despite Maura admitting that boyfriend Curtis Pritchard has yet to tell her he loves her.

In her role as a reporter on This Morning, Maura went to meet the oldest matchmaker in Ireland, Willie Daly, said to be responsible for over 3,000 marriages.

She asked him what kind of man she would end up with.

Willie then told Maura that anyone who has ‘touched’ his ‘love book’ has written to him to let him know they’re getting married.

“My boyfriend hasn’t actually told me he loves me yet so maybe if I place my hands on that lucky book,” Maura gestured.

“If you touch it with both hands and close your eyes for approximately eight seconds then you will be in love and married in six months,” he said.

“The book has spoken – no pressure Curtis!” Maura giggled.

Last month Maura opened up about storming out of the Love Island villa in dramatic scenes that never made it to TV.

The Irish beauty revealed she “cried so many times” and had “a lot of bad moments” during her time on the hit ITV2 reality show.

Speaking on Get The Scoop podcast, Maura said some of her worst moments on Love Island were the times she missed out on her sister’s wedding day and her niece’s birthday.