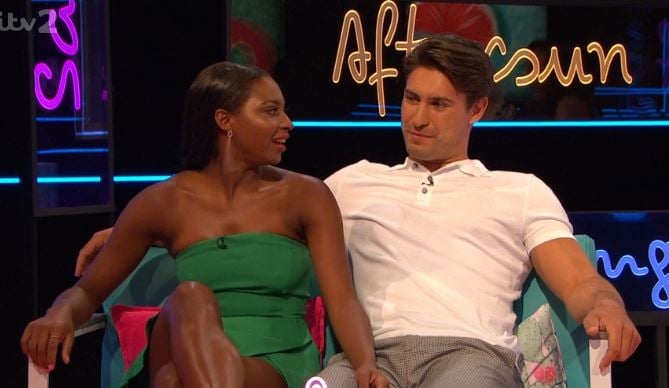 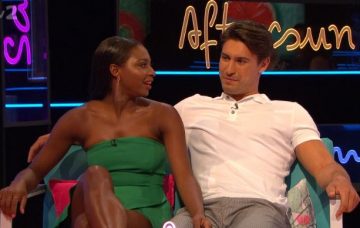 She didn't see this coming!

Love Island’s Samira Mighty was left shocked when Frankie Foster asked her to be his girlfriend during a TV appearance.

The 22-year-old was utterly stunned when Frankie, 22, dropped the big question while they were being interviewed by Caroline Flack on Love Island’s spinoff, Aftersun.

It was Caroline who brought the subject up, ending their interview by saying: “Well, there is one more thing that I think Frankie wants to ask…”

Samira – who quit the villa to be with Frankie after he was dumped – looked slightly nervous and joked she had a “sweaty upper lip”.

Frankie then said: “In there, obviously what you guys saw was me having so much fun with Sam. Since we’ve come out, we’ve had the best time. I don’t just want us to be a couple on Love Island, I want to know if you want to be my girlfriend?”

A stunned Samira gave Frankie a huge kiss in response. We take that as a yes!

As Frankie presented Samira with a bouquet of flowers, Caroline gushed: “You are so cute! Officially a couple on Aftersun!”

Fans on social media praised the sweet moment and told Samira and Frankie they were so happy for them.

They took to social media to praise her professionalism, saying it must be hard watching a young couple so happy when her own engagement has just ended.

One viewer wrote: “Feel a bit bad for Caroline having to sit through this with everything she’s got going on. The last thing you want is couples everywhere you look at a time like that.”

Another agreed: “Caroline has just broken up with the man she was meant to marry and she’s got to talk to these loved up couples, bless her.”

Samira sensationally quit the villa last week to be with Frankie after he was dumped a couple of days earlier.

She made the decision after realising how much she likes Frankie and deciding she’d not find anyone else in the villa she had as strong a connection with.

The couple told Lorraine their relationship had progressed “very naturally” and they were thrilled to be an official couple now.

Are you happy for Samira and Frankie? Leave us a comment on our Facebook page @EntertainmentDailyFix and let us know what you think!