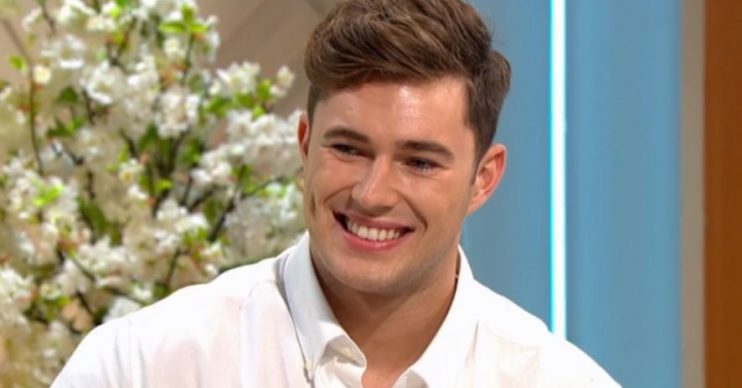 He recently made a sweet gesture to Maura

Curtis Pritchard has revealed he thinks he’s the “perfect boyfriend.”

The Love Island star met his girlfriend Maura Higgins while they were competing on the dating show this summer.

He revealed that although they’ve been forced to spend a lot of time apart since it wrapped two weeks ago, he’ll happily spoil her when they’re together.

On Lorraine on Friday (August 16), the 23-year-old professional dancer was told by stand-in host Christine Lampard that he sounds like the perfect man.

Curtis replied: “She was tired and I knew she needed some clothes for the morning so I got up early and I ironed her clothes.

“I just got things ready for her.”

And, although it’s still early days for their relationship, Curtis doesn’t think their long-distance love will cause any trouble for their blossoming romance.

The Irish ring girl is planning to move to Manchester or London to be closer to him.

He said recently: “Maura’s hoping to move to England, either London or Manchester, she doesn’t know just yet.

“But Ireland’s so close, so easy to get to. So we can literally travel back and forwards. I work a lot in Ireland anyway.

“Maura’s family have welcomed me into their homes, so I’d never have to stay in a hotel.”

Maura recently admitted she isn’t “in love” with Curtis – who has been confirmed as the new receptionist for the next series of The Greatest Dancer – but things are “definitely” getting there.

She insisted the couple are “very happy” and she is looking forward to taking their romance “slow” as they look ahead to finally going on their first proper first date together outside the villa.

“He makes me happy, I make him happy.”

Their relationship hit the headlines last week when Curtis said he wouldn’t “rule out” having a romance with a man in the future but he’s “happy” with how things are at the moment.

He said: “Obviously we’ve spoken about it and we’re both on the same page.

“We’re more than happy with how we are in our relationship and it’s going in the correct direction.”