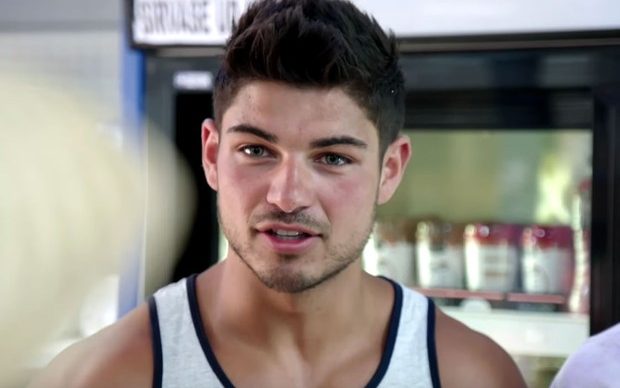 He will NOT appear in tonight's episode

Anton Danyluk fans are bound to be bitterly disappointed when they tune in to Love Island tonight, as the gym owner will be missing from the villa.

Scottish Anton, 24, was forced to leave the villa yesterday (Tuesday 16 July) after becoming too sick to stay.

The Sun reports that Anton left the villa to receive treatment for ‘a mysterious illness’.

But we’re pleased to say, ITV have now confirmed he has returned and will be back onscreen on Thursday night.

Sadly, he will be absent from tonight’s episode after spending the evening away being treated.

They told us: “After feeling unwell during the day, Anton spent the night away from the villa and is subsequently missing from tonight’s episode.

“He has since returned to the villa.”

His illness is not thought to be linked to his furious rows with Belle in the house.

Viewers know that Anton had an unlucky first few weeks in the house, where he was pied by every woman he took a fancy to (which was quite a few to be fair).

However, his fortunes appeared to change when Belle arrived in the villa.

But that hasn’t been plain sailing either, with the couple arguing early on in their relationship.

After a promising start, Anton got in hot water when he asked for a shop assistant’s phone number during a shopping trip to buy food.

He then appeared to blow it when he kissed Anna in a game of Snog, Marry, Avoid – ‘mugging Belle off’.

They have now kissed and made-up, so hopefully Belle won’t have caught Anton’s lurgy!

Anton wasn’t the first contestant to leave the villa this year.

Amy Hart was previously taken out to see therapists after having her heart broken by professional dancer Curtis Pritchard.

She later made the decision to leave the show entirely.

She said: “I chose my mental health over the reality show. I was in a very horrible place over the last week, to be told that the gloves were off with Maura [Higgins] and I had to ‘brace myself’, like a storm. I knew I had to leave when I did.

“I’m kidding myself thinking that I can watch Curtis cracking on with Maura. It would be self-sabotage. It’s not nice. I have to put myself and my sanity first.”

Are Anton and Belle your favourites to win Love Island? Leave us a comment on our Facebook page @EntertainmentDailyFix and let us know what you think!