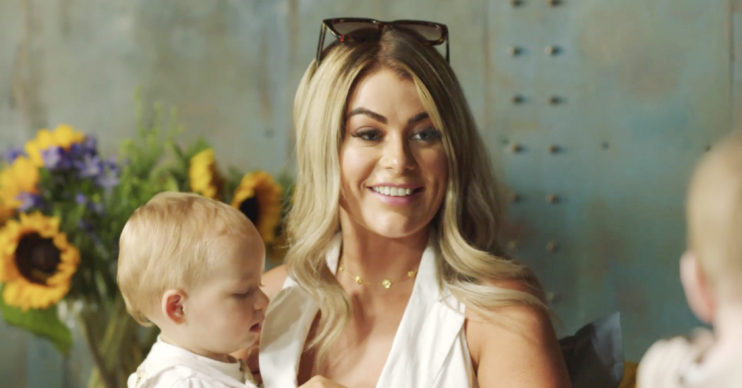 Love Island: What Happened Next on ITV2 – Max Morley and Jess Hayes

Catching up with some of the show's former contestants, starting with the winners of the first series...

Love Island fans won’t want to miss this series which reveals What Happened Next with some of the more popular contestants on the ITV2 reality show – starting with Max Morley and Jess Hayes.

ITV2 are giving Love Island devotees the chance to catch up with some of the show’s former contestants, starting with the winners of the first series – Max and Jess.

Here’s everything you need to know about Love Island: What Happened Next on ITV2.

Love Island: What Happened Next on ITV2 – episode one

Love Island: What Happened Next on ITV2 is a new three-part series starting on Tuesday October 13 2020 at 9pm.

The first episode concentrates on Max Morley and Jess Hayes.

The second episode catches up with contestants from series three and four of Love Island, including Kem Cetinay, Olivia Buckland, Amber Davis and Georgia Harrison, as well as Marcel Somerville and Sam Gowland.

Who won Love Island series one?

Max Morley and Jess Hayes won the first ever series of Love Island in 2015.

The series ran for just over a month from June to July 2015, and was nowhere near as popular as following years – attracting just 500k viewers per episode.

Jess Hayes and Max Morley were crowned the winning couple of the show, beating runners up Jon Clark and Hannah Elizabeth.

Despite winning, Jessica and Max split just six weeks after the show ended following a series of very public rows.

Max later admitted that he regrets his decision to share the £50,000 prize money. Ouch!

Who is Jess Hayes?

Jessica Hayes became one half of Love Island’s first winning couple back in 2015, along with Max Morley.

Sadly, their romance just wasn’t to be and they broke up just over a month after leaving the villa.

She’s currently happy with fiancé, mechanic Dan Lawry, with whom she had her first child in June 2019.

In fact, her son Presley makes an appearance on the ITV2 show.

Jess is a fashion and make-up artist, and influencer.

Who is Max Morley?

Max Morley went on to date Geordie Shore star Charlotte Crosby, but ended their fling after she was caught on Snapchat kissing ex-boyfriend Gary Beadle on a night out.

He made an appearance on Ex on the Beach after announcing his plans to ditch full-time work in favour of being a full-time celebrity.

More recently, he’s had an on-off relationship with Love Island 2018 contestant Laura Anderson, but they appear to have split for good now.

Who is Jon Clark?

Jon paired up with glamour model Hannah Elizabeth from the very beginning of the first series in 2015.

Jon and Hannah even got engaged during the show’s finale.

But they broke up shortly after the show ended, despite finishing second in the series.

According to Hannah, she saw “such a big change in him since we left the villa”.

Jon and his brother Chris Clark joined TOWIE in 2016, and Jon went on to date Chloe Crowhurst but split up when she joined the cast of Love Island 2017.

He was suspended from TOWIE after an alleged fight with co-star James ‘Diags’ Bennewith.

Who is Hannah Elizabeth?

Former Playboy bunny Hannah became a mum at the end of 2019.

The new mum sadly split from the father of her baby before giving birth.

She ended the relationship just days before her due date, because she didn’t agree with some of the things her fiancé George Andreetti posted online.

She announced on Instagram: “The love of my life and best thing that ever ever ever happened to me. How did I make something so perfect?!”

Love Island: What Happened Next kicks off on Tuesday October 13 2020.

Who is your favourite ever Love Island couple? Leave us a comment on our Facebook page @EntertainmentDailyFix.