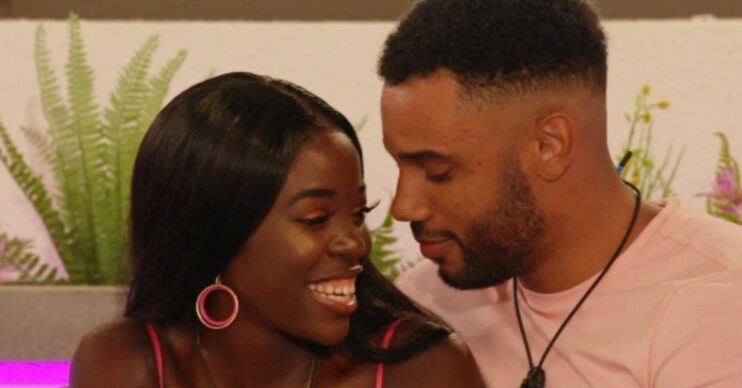 Love Island: Tyler and Kaz confirm their split – who IS still together from 2021?

Love Island stars Kaz and Tyler have confirmed that they have split up.

The pair met on the ITV2 reality show this summer and became of the series’ most beloved couples.

Following the split, the ex-couple have described their decision to go their separate ways as “very sad”.

Kaz and Tyler were finalists in this year’s series and ended up finishing in fourth place overall.

Things were going well for them, and they soon became boyfriend and girlfriend after returning to the UK.

Love Island stars Tyler and Kaz split: What did they say?

In a joint statement, they said: “We are extremely sad to announce that we have decided to end our romantic relationship.

“We have had a fantastic journey and we will always have a special bond between us. We will continue to be very much in one another’s lives and support each other in every way.

“We’re so grateful that we have shared this Love Island experience with each other, and we will continue to support each other’s careers.”

They added: “Life since the villa has been amazing, but it’s taking time to adjust to a normal in the public eye. This part of the journey hasn’t been easy for us but we’re learning.

“Thank you to every single person who has supported us, we appreciate you more than you will ever know.”

The announcement marks the first of this year’s finalists to split up.

Chloe and Toby, Millie and Liam and Faye and Teddy are all still together and in love.

Fans had begun to suspect something was up when Tyler failed to accompany Kaz to the MOBO Awards on December 5.

In November, Tyler insisted that they were happy taking their relationship at their own pace.

They were the only finalists not to have moved in together.