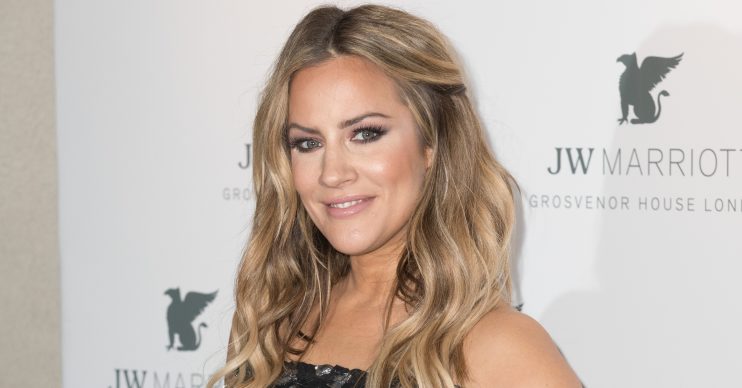 Caroline died at her London flat this weekend

Love Island has confirmed that it will not broadcast tonight, but will be back tomorrow with a tribute to Caroline Flack following her death.

The presenter, who fronted the programme from 2015 to 2019, was found dead at her London flat on February 15 after taking her own life at the age of 40.

During Monday night’s episode of the winter version of the reality series, ITV will share what is sure to be an emotional tribute to its star.

An ITV spokesperson said: “Many people at ITV knew Caroline well and held her in great affection. All of us are absolutely devastated at this tragic news.

“After careful consultation between Caroline’s representatives and the Love Island production team and given how close we still are to the news of Caroline’s tragic death we have decided not to broadcast tonight’s Love Island out of respect for Caroline’s family.

It comes after ITV called Caroline a “much-loved member of the Love Island team” in a tribute shared to social media after news broke of her death.

The statement said: “Everybody at Love Island and ITV is shocked and saddened by this desperately sad news.

“Caroline was a much loved member of the Love Island team and our sincere thoughts and condolences are with her family and friends.”

Saturday night’s The Unseen Bits episode was pulled from the schedule following the news.

Earlier in the day, Caroline’s family issued a statement and asked for “respect and privacy”.

Everybody at Love Island and ITV is shocked and saddened by this desperately sad news.

It said: “We can confirm that our Caroline passed away today on the 15th February. We would ask that the press both respect the privacy of the family at this difficult time.”

The news has shocked the showbiz world with many celebrities paying tribute on social media.

Iain wrote: “Today my friend slow motion walked into heaven. I will miss her always. Thank you for everything.”

Iain’s girlfriend Laura Whitmore – who replaced Caroline as host of the winter Love Island this year – wrote on Instagram: “I’m trying to find the words but I can’t,” followed by a broken heart emoji.

She also posted a poem which said: “To lose someone so special is really hard to bear, it hardly seems believable that you’re no longer there.

“You left us far too early before your time, it seems and now you’ll never have the chance to fulfil all those dreams.

“However hard it is though we’ll take comfort in the thought of all the memories we have and the happiness you brought. You always lived life to the full but ours won’t be the same until the day when we can see your smiling face again.”

Caroline stepped down from the Winter Love Island after she was arrested and charged with assault for allegedly assaulting her boyfriend Lewis Burton in December.

She was due to stand trial on March 4 after pleading not guilty.

The star began presenting the ITV2 reality show in 2015 and became a TV favourite among fans.

The programme was a revival of the earlier celebrity series, which aired for two series in 2005 and 2006 on ITV.

In 2018, the show won a BAFTA Award for Best Reality and Constructed Factual Show.