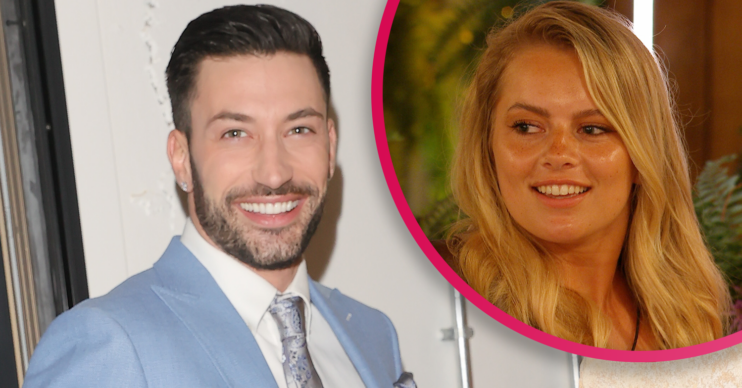 Neither has confirmed the claims, though

At the moment, Tasha is coupled up with Andrew – with the pair spending the night in the hideaway earlier this week.

However, fans of the show are convinced that Tasha is hiding something else… A rumoured romance with Giovanni!

It’s alleged that Tasha and Giovanni enjoyed a short-lived romance after meeting on Instagram after he lifted the Strictly Glitterball with Rose Ayling-Ellis.

Although neither have confirmed the rumours, a source claimed that Giovanni was “persistent when it came to Tasha”.

Speaking to the Daily Mail the anonymous source alleged: “They have a lot in common, both being dancers, and he had just learned a lot about the deaf community performing with Rose on Strictly, who Tasha really admires.”

They also claimed: “Tasha was impressed by how gentlemanly he was, taking her out to top London restaurants and offering to send cars to collect her.

“But she’s independent and always made her own way to see him.”

In the opening episode of the series, Tasha revealed her type on paper.

She said: “Tall, brunette. Bit of a beard. Tattoos.”

Of course, Giovanni has brown hair, stands at 5ft 10in tall, has stubble and tattoos.

No wonder Tasha from Love Island keeps going on about dating an Italian – it’s Giovanni Pernice from Strictly Come Dancing.

Now, you could be forgiven for thinking that was a coincidence, until Tasha’s next comment, perhaps…

Speaking about her lack of interest in Italian stallion Davide Sanclimenti, she revealed she had previously dated an Italian.

And it seems the experience has sworn her off the nationality for life!

“I’ve dated Italian before and it’s not for me,” said Tasha.

“Wait, when Tasha said she’d dated Italians before when Davide came in, she meant Giovanni from Strictly. OMG!” they declared.

“Tasha’s ex is Giovanni,” another alleged.

Another picked up on Tasha’s comments, adding two and two together and coming up with romance.

“No wonder Tasha from Love Island keeps going on about dating an Italian – it’s Giovanni Pernice from Strictly Come Dancing,” they alleged.

ED! has contacted a rep for Giovanni for comment.