A close friend of Love Island star Amber Gill has shared a photo of the Geordie lass with straight hair - and fans think she looks like a totally different person.

Amber's official Twitter account, which is run by her pal Mart Tweedy while she's in the villa, left fans divided with a snap showing the star with her normally curly locks straightened.

For everyone asking, here’s a pic of Amber with straight hair... you’re welcome! I honestly think she’s the double of @sarahmjeffery3 ❤️ #LoveIsland #Amber pic.twitter.com/q6FbMn388B

The photo was captioned: "For everyone asking, here's a pic of Amber with straight hair... you're welcome!"

Who would want to straighten fabulous hair like that?

But in the comments, fans weren't so sure they liked the look, with many admitting that while Amber still looked stunning, they preferred the curls.

Another wrote: "Who would want to straighten fabulous hair like that? Don't touch it. Naturally beautiful."

A third commented: "Such a cutie!!! The natural curls are gorgeous tho X."

Someone put: "Nope, Amber is prettier and looks NOTHING like her."

Another said: "She looks so different but I prefer it curly."

"She looks like a completely different person omggg," one follower replied.

Just days before the finale of this year's series of Love Island, Amber is still in the running alongside her man Greg.

The couple were not among those chosen for the public vote in Friday's (July 26) episode. 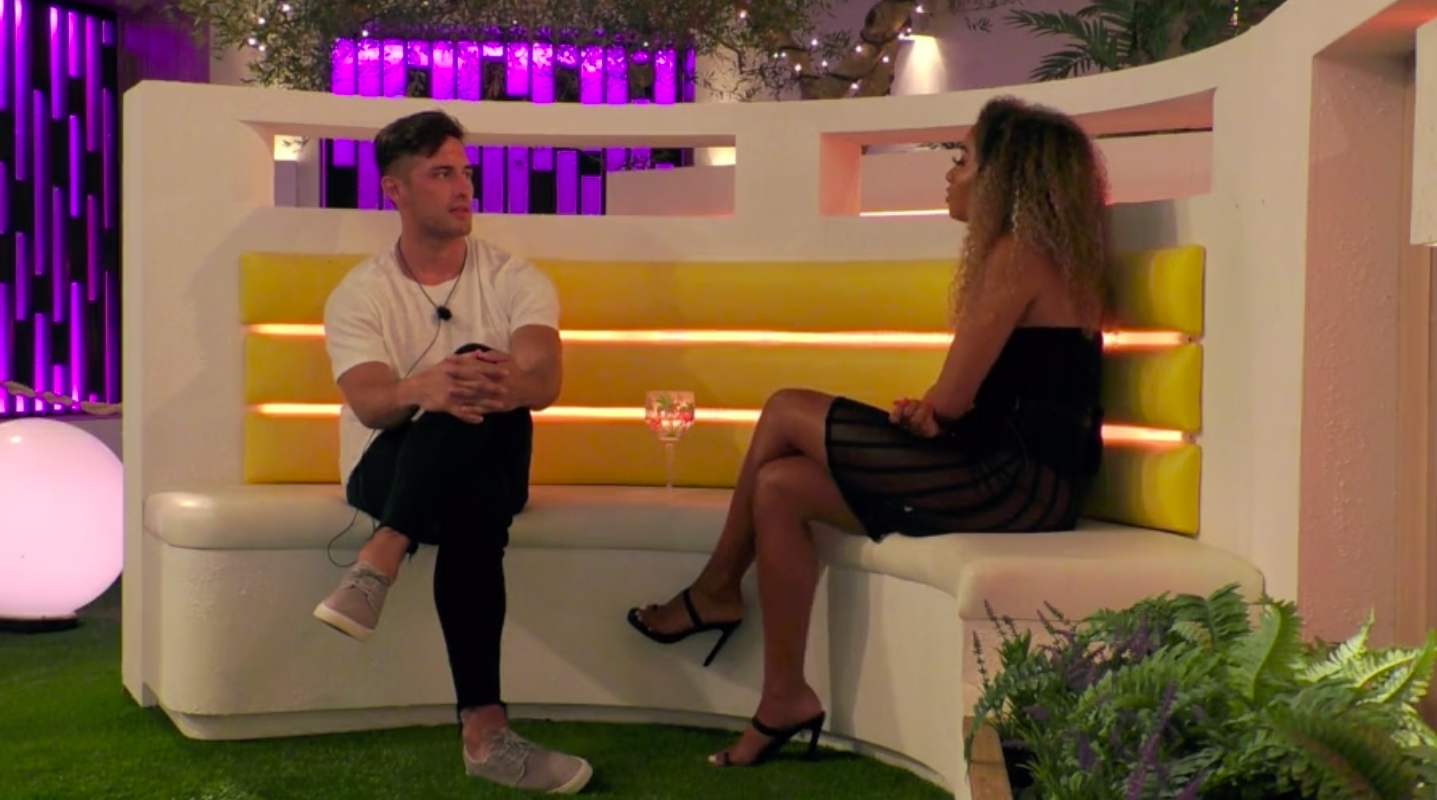 Amber hit it off with Greg as soon as he entered the villa (Credit: ITV)

The remaining islanders were asked to name the couple they wanted to dump from the island, with those handed the most votes left vulnerable.

Amber and Greg, and Molly-Mae and Tommy Fury, were all saved from the vote, while Ovie Soko and India Reynolds, Curtis Pritchard and Maura Higgins, and Anton Danyluk and Belle Hassan were all nominated for the chopping block.

Love Island will continue this Sunday (July 28) on ITV2 at 9pm and conclude with a live final on Monday (July 29).