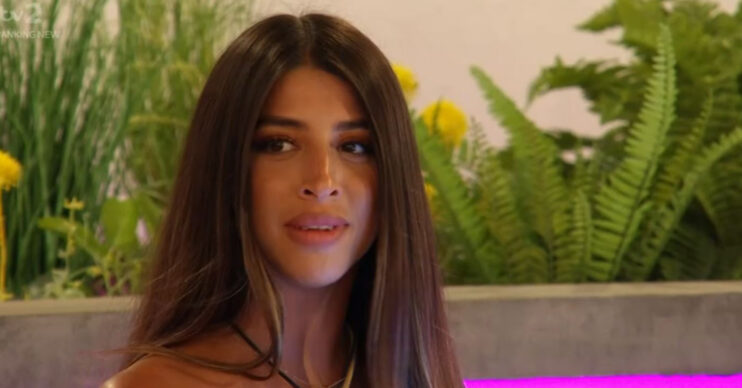 Love Island: Shannon dumped from villa as viewers convinced she’ll be brought back

Will she come back in a twist?!

Love Island star Shannon Singh has been dumped from the villa and viewers are devastated.

During tonight’s show, Chloe Burrows chose a boy to couple up with after entering the villa last night.

She chose Aaron Francis, who was coupled up with Shannon.

This meant Shannon was left single, and received a text telling her she would be packing her bags.

However, viewers are predicting Shannon may return at some point in the series – or at least hoping she will!

Read more: Love Island fans beg ITV to give Brad subtitles as they struggle with his Geordie accent

One person said on Twitter: “Feel like they’ll bring Shannon back at a later date as a twist.”

Another wrote: “I definitely think they’re gonna bring back Shannon later on.”

A third pointed out: “If Shannon isn’t active on her Instagram  then she’s deffo going back in.”

Others are hoping she’ll be brought back in the Casa Amor twist.

I definitely think they’re gonna bring back Shannon later on.

One added: “I think Shannon will be back in Casa Amor.”

Another wrote: “Petition to bring Shannon back in Casa Amor as that girl was done dirty.”

Others just expressed their heartbreak over seeing Shannon leave.

One tweeted: “Shannon was the the prettiest and the best.. I’m so heartbroken. Why is she gone already?”

Read more: What the Love Island villa looks like around the world – the UK version’s isn’t even the coolest!

Another said: “If they don’t bring Shannon back as a bombshell or Casa Amor I’m not watching. I’m heartbroken.”

A third added: “So gutted Shannon has been dumped from the villa.”

Love Island airs on ITV2, every night, at 9pm.

Were you gutted? Leave us a comment on our Facebook page @EntertainmentDailyFix and let us know what you think of this story.