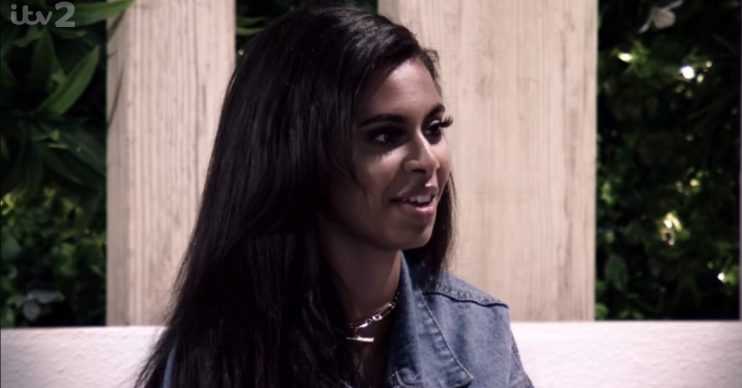 Sophie Piper is set to storm out of the Love Island villa tonight (January 24 2020) after a furious row with ‘controlling’ Connor.

In a trailer for tonight’s instalment of the dating show, the 21-year-old sister of Rochelle Humes was pictured taking action after the showdown.

The couple were filmed having a cosy chat, during which Connor says to her: “It did annoy me because I felt you were rubbing it in my face.”

“I don’t really know what else you want me to say,” she replies.

The 25-year-old coffee bean seller is then seen angrily pacing up and down in the lounge, muttering that “it winds me up”.

He then said to an unnamed housemate, “she just [bleep] walked off.”

And it wasn’t long before viewers took to Twitter to share their opinions of the upcoming incident.

Sophie taking her chances to run away from Conner #LoveIsland pic.twitter.com/XQTqUBlzSo

I feel like Connor is a psycho…it's only a matter of time!#LoveIsIand

One said: “I feel like Connor is a psycho… it’s only a matter of time.”

“Ooh Sophie,” another commented. “You thought Connor was so ‘mature’ it took what a day for to slip back into his insecure, controlling ways.”

The drama stems from when Sophie snogged Connor behind Connagh’s back, who she had coupled up with.

She was branded a ‘snake’ by viewers for her actions.

Connor was initially branded ‘controlling’ when he lost his temper after Sophie ‘celebrated’ the arrival of new male contestants.