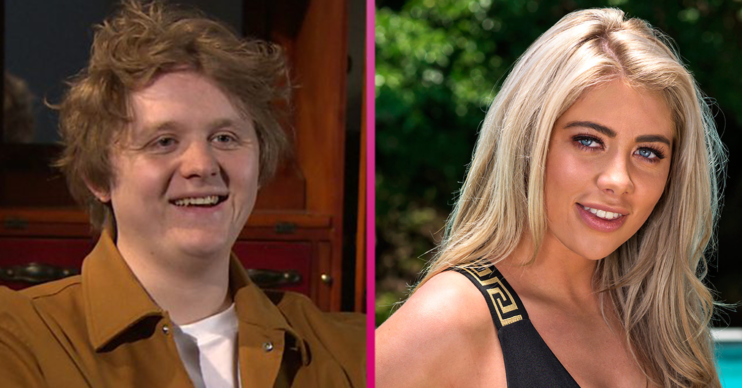 Exes Paige Turley and Lewis Capaldi were back in contact after she won Love Island 2020.

The pair dated on and off for two years after meeting at college before eventually calling it quits in 2016.

Following their split, the pair grew apart and hadn’t spoken for some time when she entered the Love Island villa earlier this year.

But during an interview with Christine Lampard on ITV’s Lorraine today (July 22), Paige revealed that they spoke after she won the reality series.

Read more: Love Island ‘may be pre-recorded in the future to protect contestants’

She said: “After Love Island we exchanged tips.

“I congratulated him on the Brits and likewise on Love Island – but after that we’ve not [been in contact].”

Paige is now in a relationship with her Love Island boyfriend Finn Tapp.

The couple moved in together at her parents’ house after winning the show.

Finn revealed: “It was nice for me to live with them for almost three months.

“You don’t normally get that at the start of a relationship.”

However, the couple now have their own pad and have been spending lockdown together.

Paige has been using lockdown to get back into writing music.

“Lockdown gave us a lot of time to reflect on what happened and I found that I was writing a lot during lockdown,” she said.

“Finn kept asking ‘Are you writing songs about me?’

“So much has happened din the last six months, I’ve found there’s been a lot to write about.”

She described having the opportunity as a “dream come true”.

Before Love Island, she was a professional singer and even made it to the quarter final of Britain’s Got Talent back in 2012 when she was just 14.

“From a really young age, it’s always been music,” she added. “I’ve never been good at much else.”

If you’re wondering what Finn thinks of his girlfriend’s single, he’s a huge fan.

He gushed: “When it wa released on Friday, we had to drive up to Scotland.

“I must have played it 174 times on a there and a half hour drive. I’m over the moon for her.”