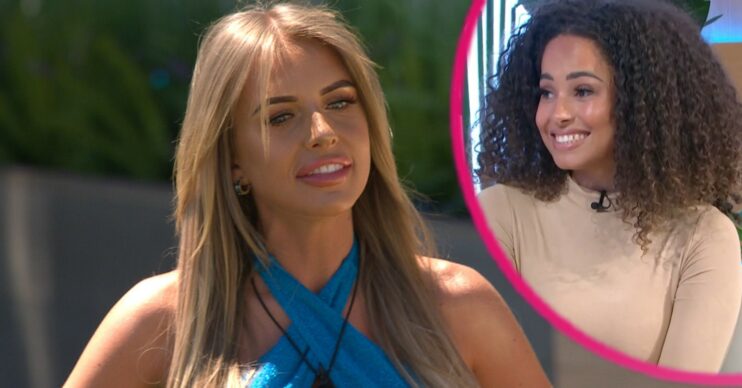 All the gossip straight from the villa...

In latest Love Island news, Amber Gill has given her honest verdict on this year’s contestants.

The former villa star, who won the series in 2019 with Greg O’Shea, appeared on This Morning today to discuss the launch show.

Following the launch, Amber appeared on This Morning with hosts Holly Willoughby and Phillip Schofield.

She said: “They’re all so young and it’s just completely different.

“You’re taken away to a different country you’re with a bunch of random people so I’m going to give them a chance to get into it and get comfortable.”

She’ll be a little bit of a troublemaker

And when it comes to drama, she believes Faye won’t be afraid to cause a stir.

Amber added: “Straight away I could just tell she loves it.

“But I just love the drama that’s what we’re there for.”

In addition, Holly agreed: “You knew from the moment she wasn’t picked and she went ‘uh loads of offence taken’ I thought yeah.”

Amber then added: “She’ll be a little bit of a troublemaker.”

How successful was the launch show?

Meanwhile, the show certainly has a lot to celebrate after garnering over three million viewers.

According to ITV, Love Island reached a peak audience of 3.3 million viewers across all devices.

With an average of 1 million ITV Hub viewers watching the episode, the figure marked a record for the show.

It appears Maura Higgins has found herself a new man after her split from Chris Taylor.

The Irish stunner split from the Love Island star back in May, after six months together.

According to the MailOnline, the pair are in the ‘early stages’ of their relationship.

A source told the publication: “It’s early days, but Maura is really enjoying getting to know Giovanni, and the feeling is mutual.

“They’re both career driven and ambitious, which are qualities they find really attractive in each other.”

Meanwhile, the pair were reportedly spotted on a break in Cornwall.

They also apparently attended a recent Euros match together.

Love Island continues tonight at 9pm on ITV2 and ITV Hub. Episodes are available the following morning on BritBox.