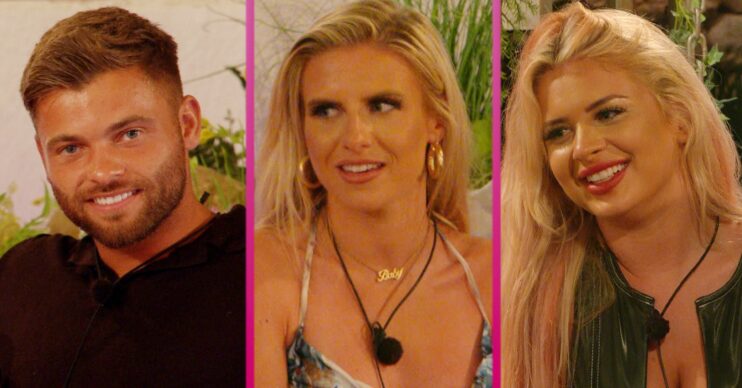 All the latest gossip from the villa...

In latest Love Island news, Liberty and Jake are set to become the first couple to head to the hideaway.

The pair have won over viewers after hitting it off during the show’s first coupling.

But while Jake has openly admitted his head could be turned, could a visit to the Love Island hideaway change his mind?

Things are certainly heating up for the Islanders on the ITV2 series.

The Islanders then decide that Liberty and Jake should enjoy a romantic night together.

In the Beach Hut, Liberty says: “So, the Hideaway is open for the first time in 2021. I’m excited to see what it looks like and see what happens.”

But will sparks fly between the pair?

The two have been coupled up since day one, and it appears they’re ready to take their romance one step further.

Opening up on the balcony, Toby says: “I’ve almost been holding back because I’m overthinking things that I don’t need to overthink. I’m scared to embrace it all and dive in, because I’m unsure of my feelings.

“I’m scared to hurt your feelings. The last thing I ever want is to hurt you. But if I keep thinking like that, we’re never going to get to the next stage.”

Thankfully, the talk ends with the pair locking lips.

And they aren’t the only ones enjoying a steamy snog tonight!

Shannon dishes the dirt on her former Islanders

Following her sudden exit last week, Shannon has opened up on her fellow villa stars.

Discussing on her time on the show while on Aftersun, the model had a lot to say when it came to contestant Chloe.

She shared: “I think some people are playing to the cameras, like Chloe is playing tactics… but it is a game show! So that is to be expected.”

I think some people are playing to the cameras

In a separate chat on GMB today, Shannon said: “Her family came out and made the statement about those death threats and stuff that she is getting, which I totally don’t condone at all.

“It’s a game show, you know she’s got a job to do. The fact she is receiving such horrible feedback from everyone, it’s not really nice.”