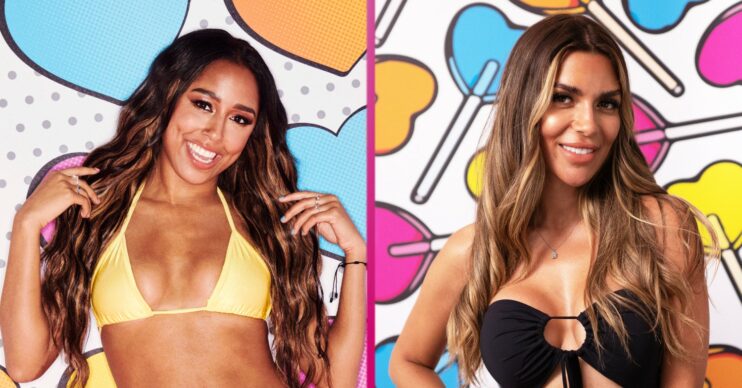 The Love Island villa is in for a shock as two new girls are set to enter the show.

The late arrivals will join the rest of the Islanders in the villa tonight (June 8).

However, fans predict that one of the new contestants won’t be on the show for very long.

The first is 25-year-old Afia Tonkmor, who’s a lounge host at a private members club in London.

Afia confessed that Love Island “seems like a once in a lifetime opportunity to meet someone…and have an amazing summer”.

She added: “I want to just have so much fun and have a bit of summer romance as well.

“If I see a guy that I want in the villa, I’m definitely going to make sure I get him. Watch out girls, I’m coming for your man.”

Joining her is Ekin-Su Cülcüloğlu, a 27-year-old actress from Essex.

Fans predict Afia will be out straight away

After Love Island gave a first look at the two new Islanders, fans have all made the same chilling prediction about one of the new contestants.

They all think that Afia will be one of the first to go after she said: “I’m coming for your man.”

So fans are convinced that history will repeat itself during this series.

Another said: “Afia we’ve heard that ‘coming for your mans’ before my sis, you are going home by Friday #Loveisland.”

Someone else added: “The last babe that said ‘I’ll take your man’ left in 24hrs Afia #Loveisland.”

Another tweeted: “Afia’s going home… I see it #loveisland.”

“Afia is going home at the recoupling I’m calling it,” another predicted.