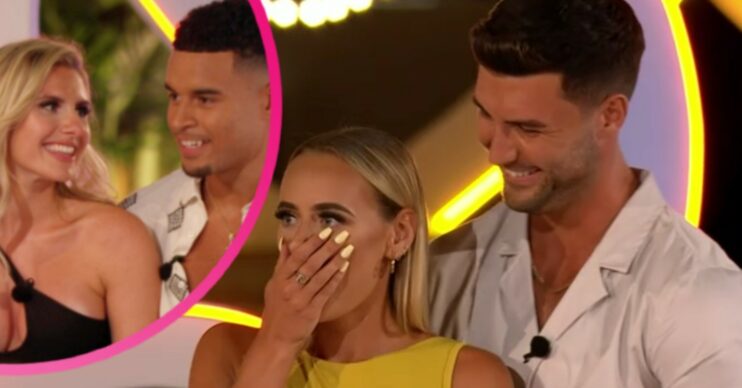 Love Island stars Millie Court and Liam Reardon have been crowned winners of the 2021 series.

The winning pair were then given envelopes with one containing £50,000 in cash.

Millie landed the cash and was asked whether she wanted to share the money, with Liam admitting he wasn’t worried.

Ahead of winning, Liam and Millie opened up about their villa journey.

Millie gushed: “He was definitely my type and I definitely fancied him.”

In addition, Liam went on to ask Millie to be his girlfriend.

During the unexpected moment, he said: “It has been on my mind for a while, so will you be my girlfriend?”

Meanwhile, Toby and Chloe came in at second place.

The two shared a rocky romance, before eventually reuniting after Casa Amor.

During their final interview, the pair discussed their complicated first few weeks together.

“The first time I saw Chloe I thought she was beautiful. My head was turned but challenges come here and there, so you’ve got to deal with them.”

In addition, Chloe shared: “It’s crazy, I never in a million years thought I would get this far.

What happened during tonight’s final?

During the episode, the Islanders were treated to a dance class ahead of attending the Love Island 2021 Summer Ball.

The girls also headed out for a day of pampering, while the boys prepared their final speeches.

Viewers later watched as Millie and Liam were the first contestants to make their declarations of love.

Read more: Love Island stars who have proven not winning the show can be more lucrative

Faye and Teddy went next, as Kaz and Tyler discussed their journey together.

Finally, Toby asked Chloe to be his girlfriend as they took to the stage to make their declarations to one another.