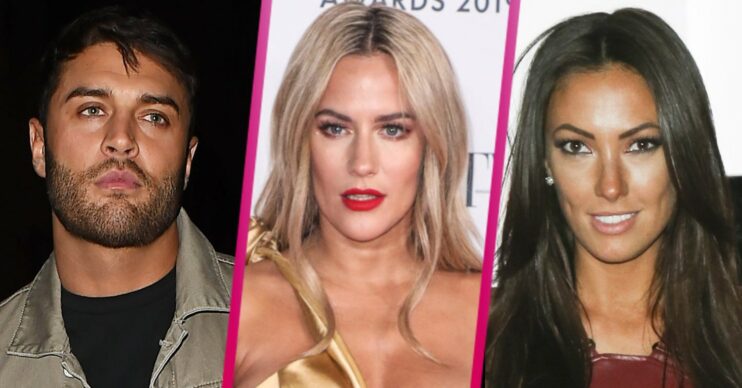 Love Island: Mike Thalassitis, Caroline Flack and Sophie Gradon at centre of campaign to be kind to new stars

'Nobody deserves to be trolled, belittled or judged'

Love Island stars Mike Thalassitis, Caroline Flack and Sophie Gradon are currently at the centre of a campaign for kindness.

The much-loved villa stars tragically took their own lives in recent years.

Now, former contestants are pleading for kindness as the new series gets underway.

What did the Love Island stars say?

Megan Barton-Hanson and Dani Dyer both took to social media to issue the warning.

The reality stars posted the same message, saying: “Love Island is back. So here is a reminder.

Nobody deserves to be trolled, belittled or judged

“While these people have chosen to put themselves in the public eye, nobody deserves to be trolled, belittled or judged.”

Alongside the post, there were photos of Mike, Caroline and Sophie.

Meanwhile, it comes after Love Island producers also urged the public to ‘think before you post’.

Their statement read: “YOU’VE GOT A TEXT! Tomorrow we will be revealing the cast for Love Island 2021…

“These islanders are all single and ready to find love. We can’t wait to watch them get to know each other, date and maybe even find the one.”

In addition, it said: “We are so grateful they’re letting us follow their journey this summer. We hope you enjoy the show, but please think before you post.”

What happened to Love Island’s Mike, Caroline and Sophie?

Mike, who appeared on Love Island series three, sadly took his own life in March 2019.

The 28-year-old star was the second cast member of the show to die by suicide, following the death of Sophie.

She had been dismissed from her role as presenter following an assault charge.

Their deaths shocked fans of the show, with Sophie’s mum calling for it to be axed entirely.

Her mother, Deborah, has repeatedly spoken out against new contestants entering the villa.

She recently told The Mirror: “It’s a disgrace that they should be allowed to bring it back after three adored, precious people with connections to the show have taken their own lives.”

Speaking peaking about contestants, Deborah added: “They don’t understand just how much the overnight fame and the trolling can affect them. They should walk away before it’s too late.”

Samaritans (116 123) operates a 24-hour service available every day of the year. You can also email Samaritans at jo@samaritans.org.