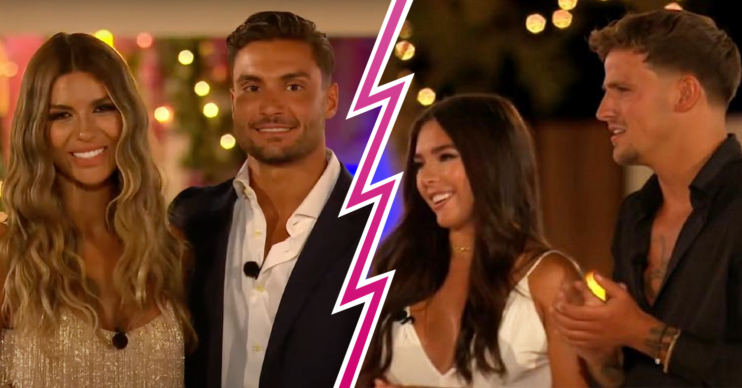 Love Island viewers may have been happy with last night’s result, but viewers think they spotted signs that Luca Bish and Gemma Owen were fuming they didn’t win.

Ekin-Su and Davide were named this year’s winning couple on Monday evening (August 1).

However, as Luca and Gemma clapped from the sidelines, many viewers rushed to social media to poke fun at the pair’s seemingly frustrated reaction.

“Luca is going to ask everyone in the country who they voted for. He’s fuming #LoveIsland,” claimed a second.

Luca is going to ask everyone in the country who they voted for.

While a fourth tweeted: “Nah the fact that Gemma and Luca didn’t even hug each other or show any affection once Ekinde was announced is killing me #LoveIsland.”

Another viewer said: “Gemma and Luca did not hug them when they won. The first time the 2nd place doesn’t hug 1st.”

However, Luca’s official Instagram page did congratulate “gorgeous” Ekin-Su and Davide on their win.

And to give them their dues, the two couples did try to hug, but host Laura Whitmore pulled them apart as she attempted to interview the winners live on air.

The show closed with all of the Love Island contestants descending on the stage for a huge group hug.

Meanwhile, after eight weeks of drama, bombshells, heartbreaks and romance, it all came down to last night.

After being announced as the winners, Ekin-Su burst into tears and Davide gasped and said: “I can’t believe it.”

Ekin-Su said: “It feels so surreal, finding the man of your dreams and just growing, I’m lost for words.

“There was an instant spark, a genuine butterfly feeling, and there was a caring and intelligent side I was really attracted to.”

This series of the ITV2 dating show has been popular with viewers, with most episodes attracting an audience of more than three million.

Were you happy with the Love Island 2022 result? Leave us a comment on our Facebook page @EntertainmentDailyFix and let us know what you think.