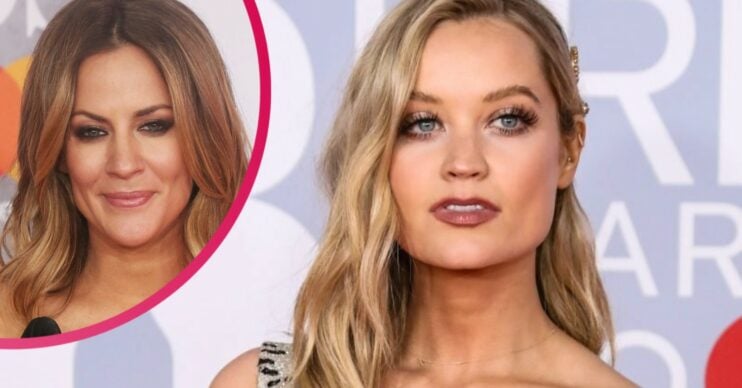 She took over from her pal Caroline Flack

Love Island presenter Laura Whitmore has been praised for doing an “amazing job” in “difficult” circumstances after she took over from Caroline Flack.

Caroline stepped down from the show in 2019, and ITV asked her pal Laura to step in and fill her shoes.

Now, former islander Wes Nelson has spoken out in support of the dating show host.

Wes, who starred in the 2018 series of the show, said Laura was the perfect replacement for Caroline.

“She [Laura] had some big shoes to fill. It was a difficult situation when she came in, but she’s been absolutely amazing for the show,” he told the Mirror.

“She’s done so well and kept it exciting and positive for the amazing show that it is. She’s done a fantastic job.”

He went on to confess that he’s excited for the new 2021 series to finally start.

It was a difficult situation when she came in, but she’s been absolutely amazing for the show.

“I’ll be keeping up-to-date with it. I’m excited because we’ve missed two seasons now,” he said.

ITV was forced to postpone Love Island last summer – and the winter one that would have aired early this year – following the COVID-19 pandemic.

Why did Caroline Flack step down from Love Island?

Former Love Island host Caroline tragically took her own life on February 15, 2020, at her London home.

Her death came just months after she was arrested and charged with assault following an alleged fight at her home with her boyfriend Lewis Burton.

The day before her death, Caroline had allegedly been informed that the Crown Prosecution Service (CPS) was pursuing the trial, which Lewis did not support.

Following Caroline’s death, her management team accused the CPS of a “show trial”.

Caroline stepped down from her Love Island duties shortly before her death.

What did Laura Whitmore say about taking over Love Island?

At the time, Laura Whitmore revealed that Caroline supported her taking over.

“Caroline is a brilliant host and also a friend,” she said in a statement.

“We’ve spoken a lot in the last few days since she stepped down. She has been very kind to me and strongly pushed me for this role.

“I’ve watched her host every series and know I have big boots to fill. I will try and do it justice.”