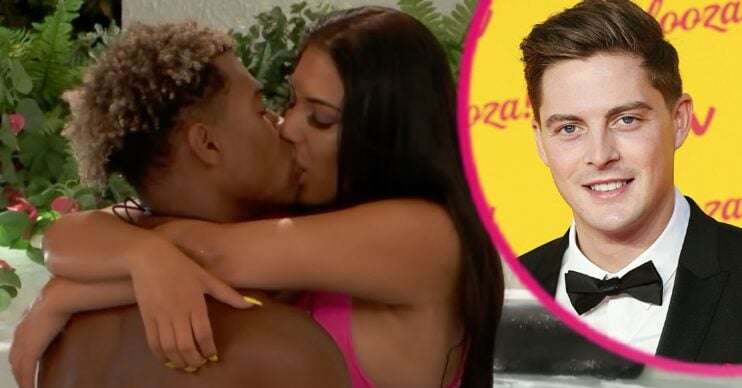 In latest Love Island news, Dr Alex George has opened up on the real reason he joined the dating show.

The former Islander, 30, took part in the ITV2 reality series during series four.

Despite some initial hesitations, Alex went on to make it into the Love Island villa after signing himself up.

But in a recent podcast appearance, the star explained how the tragedy of a friend prompted him to apply.

Speaking on The Locker Podcast, Alex shared: “The fear of failing has prevented me from doing things. I’m naturally a very introverted person.

“When I was younger I always afraid of putting myself out there and what people might think if I did something wrong.

“This all changed when I had a very good friend of mine at university called Freya and she was an amazing medic. She would have been a fantastic doctor. She was involved in so many charities and honestly just an amazing person.

“But she got leukaemia in training. She had a long battle with it and multiple rounds of chemo and in isolation for a huge amount of time. It was literally a box she had to stay in because her immune system was so weak.”

Furthermore, the star said: “Unfortunately, despite her having a bone marrow transplant the cancer came back and she passed away.

“But before she passed away, her bit of advice to me was to live life, take your opportunities and don’t be afraid to put yourself out there.

“It was such brilliant advice. And throughout my early 20s I’ve tried so hard to try and follow that advice.”

In addition, Alex also offered his advice to this year’s contestants.

The doctor, who worked throughout the pandemic, appeared in the villa alongside Dani Dyer and Jack Fincham.

Alex told The Mirror: “The most important thing is to try and be yourself and stick to your values and beliefs.

“Don’t take it or yourself too seriously. And try to enjoy it.”

Furthermore, it’s believed this year’s contestants will have to take STI before entering the villa.

According to former star Marcel Somerville, contestants are put through “strict” pre-show procedures.

Marcel told The Mirror: “If you do want to do it then by all means do it. The show provides the necessary protection, so just be safe.

Read more: Love Island water bottle: ITV releases new design for 2021 – here’s how to get yours!

“The show does do strict testing beforehand just to make sure that everyone going on there is clean. They do quite a few tests to make sure you’re clean and safe.”

The 20-year-old small business owner shared a series of cryptic posts, which could suggest she’s entering the villa.

“Ordering my last takeaway tonight, I’m emotional,” one said, while another read: “Gona miss my besties.”