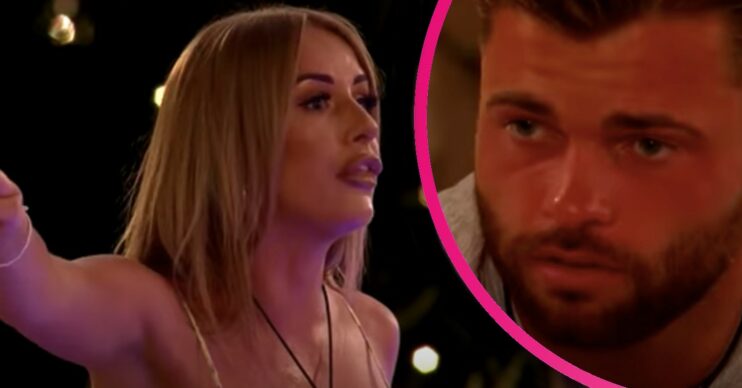 The producers are tough this year MWAH-HA-HA

The latest episode of Love Island is set for a shocking twist.

Friday night’s episode of the hit ITV2 show is set to see not one but two dumpings.

Indeed at the end of Thursday night’s episode host Iain Stirling revealed that two more islanders will be dumped.

Will two more Love Islanders get the boot?

Up for a public vote, viewers are invited to vote to save their favourite remaining Love Island male and female stars.

This means that two contestants could easily say goodbye to their Love Island dream as soon as tonight.

However, if this does happen it will likely be stretched over several episodes.

In fact, the two booted stars may not be revealed until Sunday’s evening.

As tonight will likely reveal that two shock exits lie ahead – but will probably end on a cliffhanger.

Then on Saturday Love Island: Unseen Bits will air – which is a weekly round-up and also airs unseen footage.

Who left the Love Island villa on Thursday?

This is all comes after last night’s shocking episode – when a whopping four Love Islanders were sent home.

Amy, Clarisse, Hugo and Sam were all set packing.

Yet over on social media, viewers seemed particularly thrilled that Hugo was off.

As some doubted how serious he was about finding true love on the show.

One viewer tweeted: “Can we all take a moment to appreciate the fact we will NEVER have to see Hugo on our screens again.”

While Jason Okundaye mused: “Nah guys, but it honestly felt like Hugo would never go. We finally got that guy outta here I am so happy. It took far too long but you know what? #LoveIsland.”

Others were left stunned when Hugo admitted his love life had been “tragic” at the villa – right in front of Amy – who he’d previously kissed.

One viewer tweeted: “Not Hugo describing finding love as tragic IN FRONT of Amy #LoveIsland.”

And a second viewer joked: “Hugo did not just say tragic with Amy right next to him???? #LoveIsland.”

Who do you think should go? Let us know on our Facebook page @EntertainmentDailyFix.