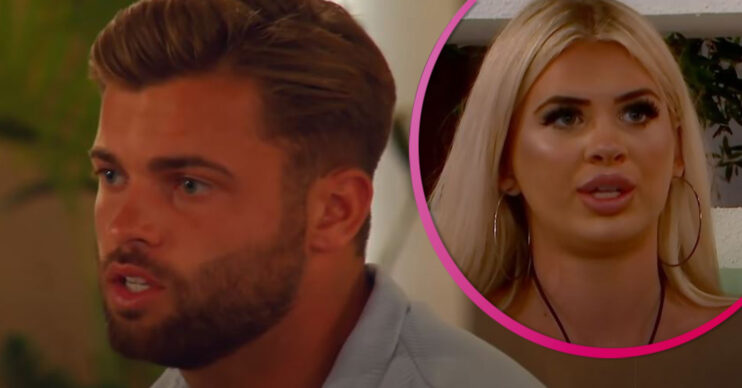 Love Island: Jake Cornish denies he had ‘game plan’ as he breaks silence on exit

Liberty and Jake recently left the villa after breaking up

Love Island star Jake Cornish has denied he had a “game plan” in the villa as he spoke about his exit.

On Friday night’s episode, Jake and Liberty Poole left the villa after ending their relationship.

The pair told their fellow Islanders that they didn’t want to take up a place when they are all strong couples.

Jake has addressed claims he had a “game plan” with Liberty after viewers accused him of just wanting to bag the £50,000 prize.

Speaking to the Mirror, Jake said: “I’ve just got to be true to myself – if I was trying to have a game plan, I think I’d still be there, I wouldn’t have left.

“Actions speak for themselves. I’ve stepped aside from the people who have got something good going, let them enjoy their moment.”

Meanwhile, Jake also insisted he was never trying to change Liberty after viewers criticised his treatment of her.

He added: “I’m not. Liberty is Lib. That’s the girl I fell in love with. I’m not trying to change her.”

Jake and Liberty’s relationship started to hit the rocks after a Movie Night challenge in the villa.

Footage was shown of Jake appearing to encourage the other boys to ‘cheat’ in Casa Amor.

In addition, another clip showed Jake saying he didn’t feel like he wanted to rip Liberty’s clothes off during the early stages of their coupling.

Liberty then began to doubt their relationship and after Jake held her back from congratulating best friend Kaz on making things official with Tyler, she confronted him.

Despite trying to give things a go, Liberty and Jake decided to end their relationship and go their separate.

And this meant leaving the villa on Friday night’s episode.

Liberty has recently spoken out in an interview with The Sun, in which she said she believes Jake is a “genuine guy”.

Liberty said: “I do think Jake is a genuine guy. I would hate to say he was emotionally abusive. It was in the heat of the moment and the energy was off.”

In addition, Liberty said that despite feeling she made the “right decision” by ending the relationship, she still “loves and cares” for Jake.

What did you think of Jake on Love Island? Leave us a comment on our Facebook page @EntertainmentDailyFix and let us know.