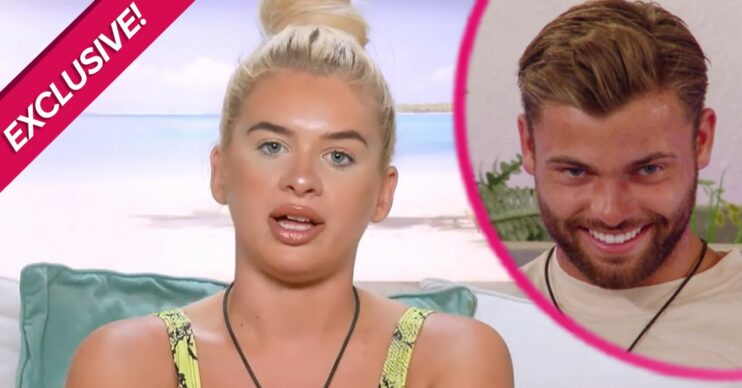 Jake has caused a stir with viewers in recent days

Liberty Poole and Jake Cornish were once the strongest couple on ITV show Love Island, but it looks like things have changed.

In recent episodes of the ITV2 dating show, the lovable Nandos waitress began expressing doubts over her boyfriend Jake’s motives.

Now, charity Women’s Aid has issued a plea to Love Island producers over his behaviour.

What did Women’s Aid say?

Women’s Aid Federation of England told ED!: “At Women’s Aid we are increasingly concerned by the controlling behaviour shown on Love Island.

“Again, we urge producers of the show to recognise coercive control and gaslighting, and to intervene when any form of behaviour is abusive.

“Coercive control – which can include isolating you from friends and family and taking control over aspects of your daily life – has been a criminal offence since 2015 and should not be tolerated in any scenario.”

They added: “Entertainment is no excuse for abuse. If you need help, please visit the Women’s Aid website for more information and support.”

It comes after Jake held Liberty back from speaking to best friend Kaz during last night’s show (August 12).

Kaz was celebrating turning exclusive with Tyler, with Liberty wanting to congratulate her.

However, Jake stopped her in her tracks.

Read more: Twitter has spoken – Love Island must get Liberty away from Jake

He said: “She’ll come down and give you a cuddle.

“You don’t want to be up there with everyone, do you know what I mean? That’s your best mate!”

Liberty replied: “Nahh I just wanted when she came down, to be there for her.”

Meanwhile, Liberty also feared Jake was playing up to the cameras.

Following the episode, Love Island rushed to sympathise with the Birmingham lass.

One wrote: “Jake and his standard ‘girlfriend’ response to everything. He is clearly playing for the win and not for the relationship! Feel sorry for Liberty.”

Another shared: “Oh please Liberty just sack Jake off he ain’t the one for you.”

A third tweeted: “Jake finally getting found out Liberty deserves better, feel sorry for her man.”

However, one backed Jake, saying: “Not saying I like Jake – there’s definitely something off about him. But Liberty getting upset cause he was talking to other people and didn’t spend any time with her… could she not have gone to him if she wanted to talk to him that badly?”