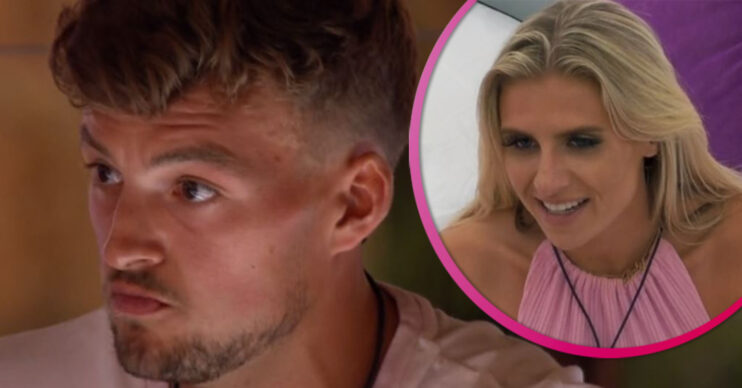 Love Island: Hugo ‘is in love’ with Chloe, viewers believe

Love Island star Hugo Hammond has been at the centre of drama in the villa recently after lashing out at Toby over his ‘treatment’ of Chloe.

Hugo slammed his fellow Islander after Toby recoupled with new girl Abigail instead of Chloe after the pair hit it off.

However, Hugo decided to save Chloe from leaving and coupled up with her saying he thinks she deserved to be treated better.

Chloe was tearful throughout last night’s episode (July 23) and Hugo told her she should go for a “nice person who will treat you well”.

It came after Chloe told him: “I just need to be a bit more careful with boys I think and just stop being a [expletive] idiot.”

However, viewers are convinced that Hugo actually likes Chloe more than a friend.

What did viewers say about Hugo?

One person said on Twitter: “‘Why don’t you go for a nice guy that will treat you well’ Hugo has been in love with Chloe since she first set foot in that villa.”

Another wrote: “Hugo is clearly in love with Chloe.”

A third added: “Hugo is in love with Chloe, it’s so painfully obvious.”

A fourth said: “Am I the only one that thinks Hugo is a little bit in love with Chloe?”

Hugo is clearly in love with Chloe #loveisland

Hugo is in love with Chloe, it’s so painfully obvious 😭 #LoveIsland

Am I the only one that thinks Hugo is a little bit in love with Chloe? #LoveIsland

Others said they would love to see Hugo and Chloe fall for each other.

One tweeted: “Why do I want Hugo and Chloe to get together, fall in love and win the prize money.”

Another wrote: “Voted Chloe and Hugo would love to see them become something.”

Meanwhile, it came after Chloe expressed her appreciation for Hugo after he stood up for her against Toby during the recoupling on Thursday night.

She told him: “I couldn’t have asked for anything better. I don’t think you understand how grateful I am for what you did.”

Hugo said: “I’m not sorry and I don’t regret anything and I would do it again.”

Meanwhile, on Thursday night, Hugo lashed out at Toby and said Chloe deserved “somebody that’s honest and communicates”.

Last night, Hugo tried to clear the air with Toby but it ended badly as Toby accused him of being a “girl follower”.