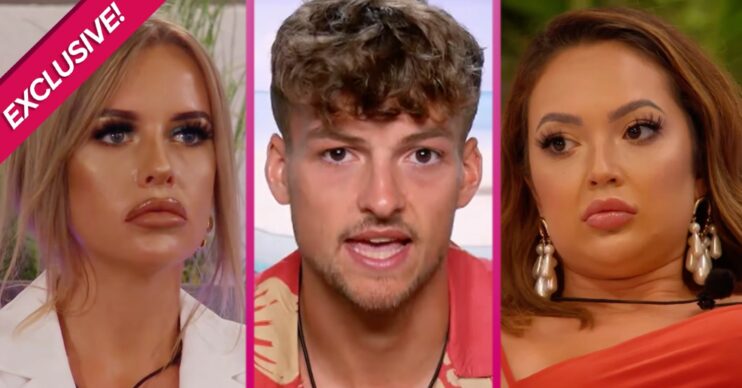 Love Island Hugo’s ‘fake’ comments to Faye and Sharon – who was in the wrong? Harley Street expert wades in on debacle

Hugo offended the Islanders after admitting he found 'anything fake' unattractive

The PE teacher was left in tears after he unknowingly offended the pair for admitting he doesn’t like “fake looks or personality” on a partner.

But were Faye and Sharon right to criticise Hugo? And should the star “educate himself” on why women get work done?

Here, we exclusively speak to Harley Street cosmetic practitioner, Amar Suchde from AMS Aesthetics, to get his thoughts.

What did Hugo say on Love Island?

On Tuesday’s Love Island, Faye and Sharon slammed Hugo over his comments.

Faye said: “That word [fake] keeps getting thrown around doesn’t it? It’s ignorant as [bleep].

“I don’t give a [bleep] if he’s crying. He needs to get [bleeping] educated why girls get work done.”

However, Hugo insisted: “I didn’t mean anything malicious did I? I just didn’t mean to upset anyone, that’s the last thing I wanted.”

I didn’t mean anything malicious did I?

The drama escalated after Hugo revealed he doesn’t like women with a “fake” personality or looks.

But what does Amar think?

The cosmetic practitioner told ED!: “It’s never nice for someone to say something about someone else’s appearance. As cheesy as it sounds, everyone is beautiful as they are inside and out.

“Women and men have always wanted to look after themselves, whether that being physically or mentally. During World War I and II women would still spend money on lipstick, because that made them feel great.”

Furthermore, he added: “It’s not nice for someone to go around and talk about fakeness. It’s not wise to say that to anyone.”

So, what long-term effects can it have?

‘It can be destroying’

“I think that type of negativity is always frowned upon. It can be destroying and it can hurt an individual.

“If there’s anything in life that can make you feel better with yourself – as long as it’s safe and with a safe person – people should be allowed to do it.”

In addition, he said: “I think they were right to tell Hugo to educate himself. You just don’t say that, especially about someone’s appearance!”

However, Amar did reveal the public are leaning towards a more “natural look” nowadays.

Furthermore, he said: “I think the era of that overdone look has significantly reduced. I think there is a lot of practice and promotion on the natural look now.

“There was an era from 2018 to 2019, where all you would see is people having these sharp angled jaws and big lips. I think that hype of wanting to look a certain way is definitely gone. The new natural look is definitely the way forward.”