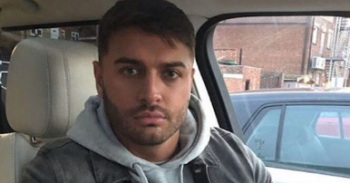 A Love Island hopeful has claimed Mike Thalassitis’ ghost told her to apply for the show.

Sorcha Farnan, 18, has insisted the late reality star – who sadly took his own life in March aged 26 – appeared in her dream and “spoke about his death” while encouraging her to go into the villa this summer.

Adding that Mike’s ghost told her she was destined to be the next big thing during their spooky meeting, she told the Daily Star newspaper: “A few nights after Mike’s death he came to me.”

Sorcha – who has more than 5,000 followers on Instagram – also claims Mike later sent her another ghostly message through a medium, and admitted the experience has left her baffled.

She said: “I’ve never been so flabbergasted. I felt an energy take over me. I got flustered and went a bit red.”

Mike appeared on the ITV2 dating show in 2017 and passed away earlier this year.

It was recently revealed Love Island aren’t planning to honour him on air during the upcoming series – which starts next month – with bosses instead choosing to remember him on ITV’s on-demand service.

A tribute will play alongside the 2017 series in which he starred, which will soon be available as a box set on the ITV Hub.

An insider recently said: “It felt more appropriate to do it there.”

The news comes after it was claimed contestants will have to pass new mental health and STI tests to be accepted on this year’s series, following the death of Mike and fellow star Sophie Gradon, who passed away in 2018 at the age of 32.