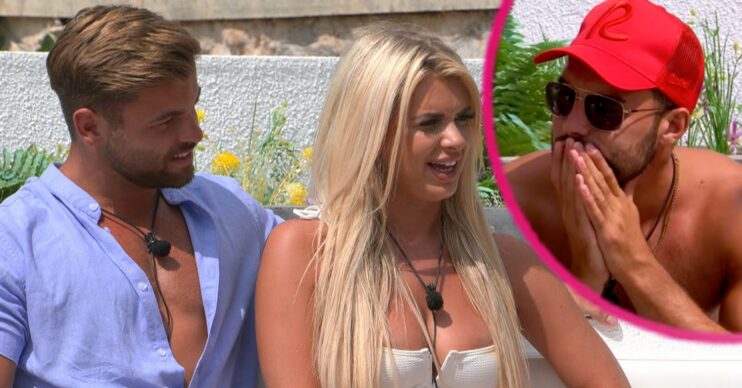 Love Island has released its first look preview for tonight’s episode (August 20), but is it Jake Cornish and Liberty Poole’s final appearance?

The Islanders, who have reportedly quit the ITV2 series, went their separate ways during last night’s show.

But it appears the pair are still keen to make the most of their time in the villa.

Despite putting an end to their seven-week romance, Jake and Liberty head out on their final date.

The waitress receives a text after sleeping on the day beds with best friend Kaz.

It reads: “Liberty and Jake. Please get ready to leave the villa for your final date. #makeorbreak.”

After some deliberation, the pair go out on their date and take to the seas on a luxurious boat.

During the date, Jake says: “I didn’t think I’d be coming on a date with the one I thought was the one.”

Liberty adds: “I don’t know what happened along the way but the spark just faded.”

Jake replies: “On my behalf I felt the affection died out. That’s a big thing for me and that’s nothing against you as a person.”

Liberty says: “I’m not going to lie – I did fall in love with you.

“At one point, I thought I had found the one but once the honeymoon passes you start seeing the cracks.”

I felt the affection died out

Following the date, Liberty and Jake head back to the villa where they ask the Islanders to gather around the firepit.

But is it the end of the road for Jiberty?

Meanwhile, during the episode, Millie and Liam also head out on a romantic dinner date together.

What else is in store for the Islanders?

The last reunion special aired back in 2019.

A source told The Sun: “The reunion will be filmed after the final next week.

“The extra episode will give fans a glimpse of their favourite couples as they take on the outside world.”

The publication also claims that the contestants’ parents will enter the villa today.

It’s likely the episode will air on Sunday before the grand finale.