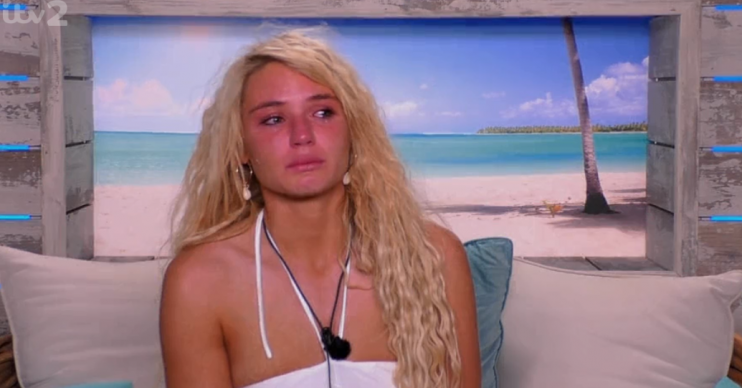 It's time for her to let him go

Lucie Donlan broke down in tears after the news of Tommy Fury making Molly-Mae Hague his girlfriend in last night’s visit to Love Island.

The episode showed the 21-year-old surfer being comforted by Jordan Hames as she teared up over Tommy and Molly-Mae becoming official.

Boxer Tommy got the entire villa involved with his big romantic gesture, as well as using Molly-Mae’s beloved toy elephant.

However, it all proved too much for Lucie who, a few days ago, admitted she still has feelings for Tommy despite her being coupled with George.

Viewers watched as Jordan asked if Lucie was okay, while she wiped her tears away and confessed it was hard for her to see.

However, fans of the show have been less sympathetic for her emotional distress.

One person tweeted: “Lucie is crying over Tommy and Molly-Mae being official? I actually have 0 sympathy.”

Lucie , it’s official now , get. over. him. #LoveIsland pic.twitter.com/GLw9STPk2f

There was some sympathy to her predicament, though…

Lucie crying over Tommy asking Molly Mae to be his gf…. you hate to see it #loveisland pic.twitter.com/ci3C99rCpG

Do you feel for Lucie? Leave us a comment on our Facebook page @EntertainmentDailyFix and let us know what you think.