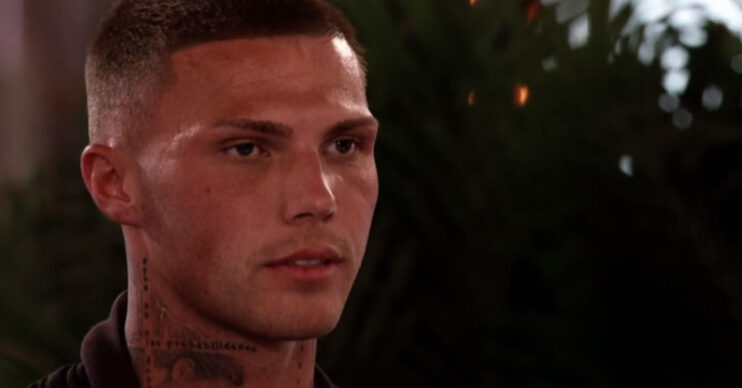 Love Island star Danny Bibby has been slammed over previously using a racial slur and fans are now complaining to Ofcom as he remains on the show.

The star entered the villa recently, but fans of the ITV2 reality show spotted he had used the n-word on his social media in 2019.

Danny has apologised for using the offensive term in a statement and his dad also spoke out to say sorry.

However, many viewers believe Danny should be removed from the villa and some have even reached out to TV watchdog Ofcom on Twitter.

One viewer wrote on Twitter: “I urge everyone who believes that Danny should not be on #LoveIsland to make a complaint to Ofcom and #boycottloveisland.

“It’s not acceptable to have someone who has acted the way he has.”

Another added: “Everyone make sure to complain to ofcom to get Danny off Love Island.”

A third tweeted: “Get Danny out. We don’t want his nonsense statement. @LoveIsland@Ofcom @itv2 you are taking the [bleep].”

What did Danny say?

Meanwhile, Danny recently issued a statement from the villa following the backlash.

He said: “I’d like to take the time to apologise to anyone that may have taken offence to my inappropriate remark.

“I never meant anything malicious by this comment at all.

“I am not a racist person and it’s unacceptable language and ignorant, I meant no offence and feel like I have really learnt from my mistakes and will never use that word again.”

He added: “I am a kind loving person and hopefully you get to see that in the show.”

In addition, his father issued a statement to insist his son isn’t racist.

He said: “Danny does not have a racist bone in his body and there were no racist intentions to this post. Although it was not done maliciously, it was a mistake.

Meanwhile, during tonight’s show, there will be another recoupling and one girl will be dumped from the villa.

Read more: Love Island newbie Danny Bibby apologises for ignorant language as he insists he is not racist

As a new arrival, AJ picks a boy first and then the boys make their decision starting with new boy Danny.