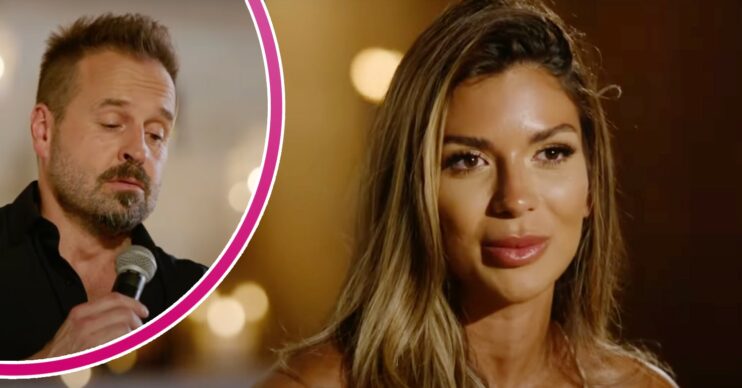 She'll know who he is now!

The 27-year-old star claimed not to know who Alfie is – and the English tenor had a hilarious response.

Paige and Adam went on a boat trip, while Indiyah and Dami went to a fiesta.

Meanwhile, Ekin-Su and Davide went on a very romantic date, enjoying a candlelit dinner in a stunning colosseum-style setting.

Ekin-Su and Davide were joined on their date by Alfie, who serenaded them.

As she recounted her date to the girls, Ekin said: “There was a singer and a guitar.

“And a guy called Alfie Boe,” she continued. This little remark had viewers in stitches.

“‘A guy called Alfie Boe’ all the middle-aged women are screaming right now,” one viewer tweeted.

“I stan Ekin-Su even harder for not having a clue who Alfie Boe is,” another joked.

“‘A guy called Alfie Boe’ Ekin I can’t cope with you,” a third wrote.

“Do u think Davide and Ekin Su even know who Alfie Boe is,” another asked.

Alfie caught wind of Ekin’s comment and clearly saw the funny side of it.

The legendary singer took to Twitter to poke fun at the star for his 119.4k followers to see.

“Hi… @ekinsuofficial. I’m the ‘guy called Alfie Boe’,” he tweeted. He added some laughing emojis to his tweet too.

Plenty of his followers took to the replies to laugh at his tweet.

“This is like serving toddlers caviar. What a waste!” one fan tweeted.

“You were wasted on them. “Some guy called Alfie Boe “. At least your music touched them lol,” another wrote.

“Totally wasted on them – your performance was absolutely stunning as always. I would have sat on steps whilst you were singing,” a third said.