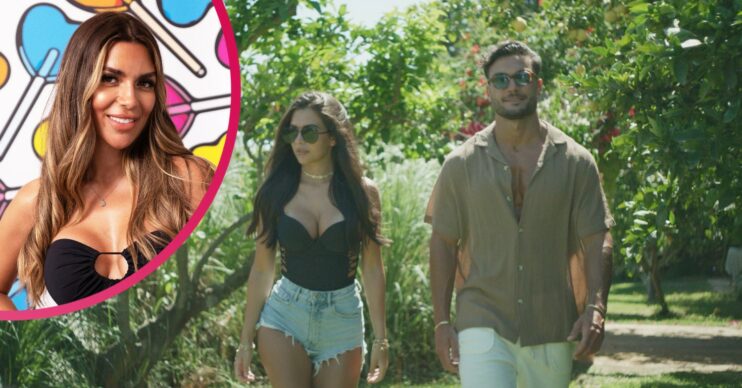 Fans predict that Davide will dump Gemma for newcomer Ekin-Su

Love Island viewers fear Davide is going to be swayed by the new bombshells, Afia and Ekin-Su.

The new Islanders have both been chosen by the public to go on a date with newly single Liam Llewellyn.

However, fans predict that newcomer Ekin-Su may potentially have her eyes set on a certain Italian contestant.

Viewers felt shocked when Davide finally made his decision to partner with Gemma Owen in the recoupling, leaving Liam in the dark.

After Gemma ditched Liam for the ‘Italian stallion’, Liam felt vulnerable as he was the only single in the villa.

Read more: Love Island fans call for Gemma Owen to be ‘taken out’ of show because of age

However Liam’s luck took a dramatic turn last night as two new bombshells were introduced on the show, Afia and Ekin-Su.

Afia is 25 and works as a Lounge Host at a Private Members Club in London.

Meanwhile, Ekin-Su is a 27-year-old actress from Essex.

In last night’s episode’s closing scenes, Liam learned that the public had voted for him to go on dates with both newcomers.

While viewers are thrilled that Liam is finally moving on from Gemma, some fans think that Liam may have a bit of competition if he tries to pursue Ekin-Su.

Although Davide and Gemma seemed happy on their first date, fans believe that their romance won’t last for long.

After the new bombshells were introduced on Love Island, many viewers are predicting a love triangle between Gemma, Davide and newcomer Ekin-Su .

One fan wrote: “Is Davide going to get with one of the new girls and ditch Gemma?”

Another said: “Me waiting for the new bombshell Ekin-Su to steal Davide and humble Gemma #Loveisland.”

Someone else wrote: “Davide will ditch Gemma in a heartbeat.”

A fourth predicted: “As soon as the new girl Ekin-Su comes in Davide is going to move on lol #Loveisland.”