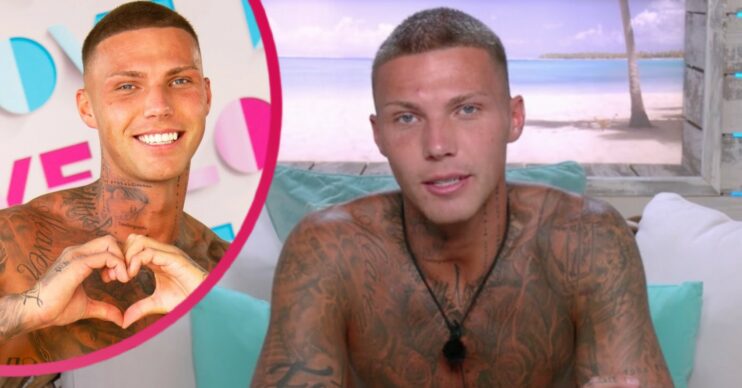 The plumber issued an apology over the past comment

The plumber landed himself in hot water with fans of the ITV2 show after using the n-word on his social media in 2019.

Despite Danny apologising over the incident, viewers have since complained to the broadcasting regulator.

According to the Daily Star, Danny’s debut episode received the most complaints.

Meanwhile, Love Island was hit with another 426 on July 18.

Fans of the series previously took to Twitter to complain about the clothing brand owner.

Last week, one said: “I urge everyone who believes that Danny should not be on #LoveIsland to make a complaint to Ofcom and #boycottloveisland.”

In addition, a spokesperson for Ofcom told ED!: “We are assessing the complaints against our broadcasting rules, but are yet to decide whether or not to investigate.”

What has Danny Bibby said?

He said: “I’d like to take the time to apologise to anyone that may have taken offence to my inappropriate remark.

“I never meant anything malicious by this comment at all.”

Danny continued: “I am not a racist person and it’s unacceptable language and ignorant, I meant no offence and feel like I have really learnt from my mistakes and will never use that word again.

“I am a kind loving person and hopefully you get to see that in the show.”

He said: “Danny does not have a racist bone in his body and there were no racist intentions to this post. Although it was not done maliciously, it was a mistake.

It’s believed Danny’s dad has since deleted his social media account after receiving comments about his son.

According to The Sun, his dad declared: “The fuse has blown. Too much hassle this. Was gonna be a bit of fun but… bye.”

Danny is currently coupled up with Lucinda, but set his sights on AJ during last night’s show.

ED! has contacted ITV and Ofcom for further comment.