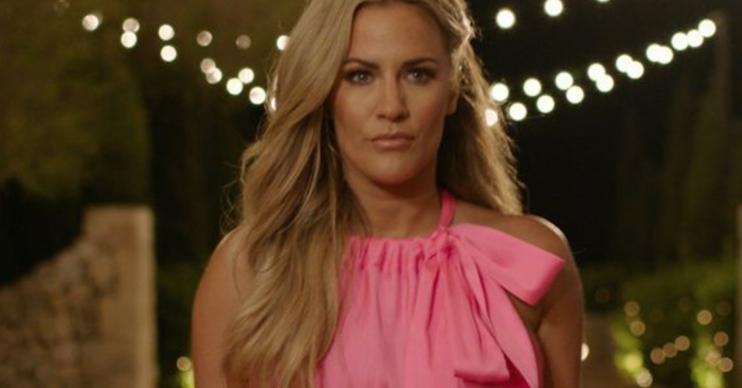 The show’s former presenter tragically took her own life last week and with the winter series coming to an end, it has been confirmed the 40-year-old presenter will be remembered, after the remaining eight contestants were told about the tragic news off camera.

A representative for the show said: “There will be a dedication to Caroline in tonight’s final episode. The Islanders have been informed of the news of Caroline off camera ahead of the final.”

Elsewhere in the episode, the four remaining couples – Demi & Luke M, Jess & Ched, Paige & Finn and Siânnise & Luke T will all fight to be crowned the champions of series six.

Set in the stunning Cape Town Villa, the live final promises fans a chance to watch back highlights of each of the four finalists’ journeys as well as their best bits of the series.

First Look: Our finalists get their dancing shoes on, and things get emotional ahead of the Love Island Prom 💕 #LoveIsland pic.twitter.com/QWhLPPn6yD

“There will also be a final prom night – with the couples dressing up in their finest outfits – whilst they make their heartfelt declarations of love as well as learning the Tango together.

Each couple will then read out their declarations of love to one another before being interviewed by host Laura Whitmore in front of the villa’s live audience, with the winning couple then set to make one more decision to see the fate of their £50,000 cash prize.

A tribute to Caroline aired on the show last week when she passed, with Iain Stirling struggling to hold back the tears as he thanked his late co-star for being a “true friend” to him.

The 32-year-old television presenter said: “We are all absolutely devastated by the news that Caroline – a much loved member of our Love Island family – has passed away.

“Our thoughts are with her family and friends at this dreadful time. Caroline and me were together from the very start of Love Island and her passion, warmth and infectious enthusiasm were an important part of what made this show connect with millions of viewers.

“Like many of you, right now we are trying to come to terms with what has happened. My only hope is that we can all try to be kinder, always show love and listen to one another.

“Caroline, I want to thank you for all the fun times we had, making our favourite show. You were a true friend to me. I’m going to miss you, Caz.”