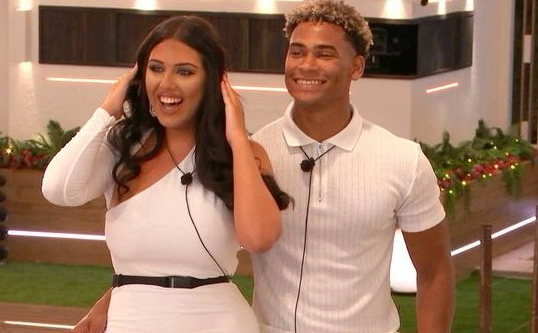 When is the Love Island 2019 final? ITV2 finally confirms when show will crown winners

Are Anna and Jordan your favourites?

ITV2 have finally confirmed the date for the long-awaited Love Island final.

In a matter of weeks, one couple will be crowned the winners of the ITV2 reality show – but will it be Maura and Curtis, Anna and Jordan, Tommy and Molly-Mae, or someone else entirely?

Read more: Love Island’s Lucie Donlan is hopeful she and Tommy Fury may date in a ‘few years’

On July 29, ITV2 will air the final of Love Island, crowning one of the couples the winners of 2019.

The winning couple will then be awarded £50,000, which they can either steal for themselves or share with their partner.

So far, none of the islanders have chosen to ‘steal’ the cash.

The favourites to win this year must surely be Tommy and Molly-Mae, who are the only couple to have lasted since the initial first week (once she’d made up her mind who she wanted).

The pair are now officially boyfriend and girlfriend and have declared their love for each other in the villa.

Bookies even predict they’ll get engaged this year.

Meanwhile, other hopefuls include Anna and Jordan, Michael and Joanna, and Anton and Belle.

Curtis and Amy were thought to be the strongest couple in the villa, until Amy’s departure to Casa Amor left Curtis seriously in doubt over his feelings for the air stewardess.

After he ended their romance, a heartbroken Amy departed the villa – the first to do so of her own accord this year.

Since arriving back in the UK, Amy has revealed she’s convinced that Maura and Curtis’ sudden romance will be short lived.

The Love Island star quit the show for the sake of her own “sanity” after getting her heart broken.

She told The Sun: “I don’t believe Maura liked Curtis. She was telling me to drop him. She took the mick out of the way he acted. I think she thought he was the best one left out of the single ones.

“She wants to be on the show for as long as possible and go the distance. They aren’t suited.”

She also praised the Love Island producers, who apparently helped her the best they could and were “on call for 24 hours”.

Amy admitted they were forced to stand over her while she ate after she lost six pounds in the villa.

Thursday night’s episode (July 11) promises one boy will be sent packing from the villa and a recoupling will take place.

Who do you want to win Love Island? Leave us a comment on our Facebook page @EntertainmentDailyFix and let us know what you think about this story.