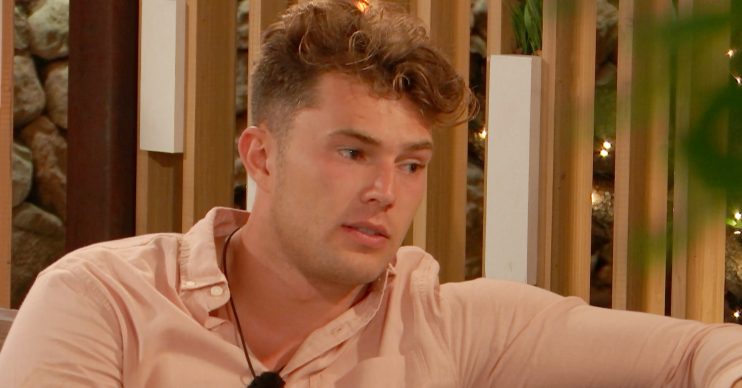 He’s been one of the most in-demand men in the Love Island villa this series, but Curtis Pritchard has been mocked by some viewers after seemingly gaining weight during his time on the show.

Professional dancer Curtis, who is in tonight’s final with Maura, is said to have gone up at least two sizes in the past eight weeks, with claims that his weight gain is down to a lack of exercise while being cooped up in the villa.

The Daily Star reported that Curtis has had to ask for new clothes, as the ones he took in with him no longer fit.

Read more: Jordan and Anna have a blazing row during Aftersun reunion

A source said: “Curtis took some clothes with him and there were also outfits provided by sponsors. But he had to ask for some new ones because he is struggling to fit into them now.”

They added: “Curtis normally burns off a lot of calories because he’s a professional dancer, but obviously in the villa he’s not been training.”

The Love Island has suffered trolling online, with some laughing at “the amount of weight Curtis has gained”.

Another cruelly said: “He keeps giving out advice. But I’ve got some for him. Cut your quiff off and lose some weight.”

Others leapt to the star’s defence, saying the fact he’s gaining “relationship weight” is a sign of his happiness with Maura.

Another said: “Why do people preach mental health then continue to bully others?”

They added: “Seen so many body shaming Curtis because he’s put on weight. I’m sure anyone who had 8 weeks of unlimited free food on tap would be in the same situation. Let the lad enjoy his holiday.”

Love Island bosses also stepped in and told the Mirror: “It is incredibly irresponsible that any islander would be body shamed in this way and we would always discourage anyone from making appearance-based comments that could be hurtful to the islanders and their families.”

They added: “It is astonishing that there have been calls for body diversity yet an islander who has allegedly put on weight is now being trolled because of it.”

Let us know how you feel about Curtis being body shamed over on our Facebook page @EntertainmentDailyFix.