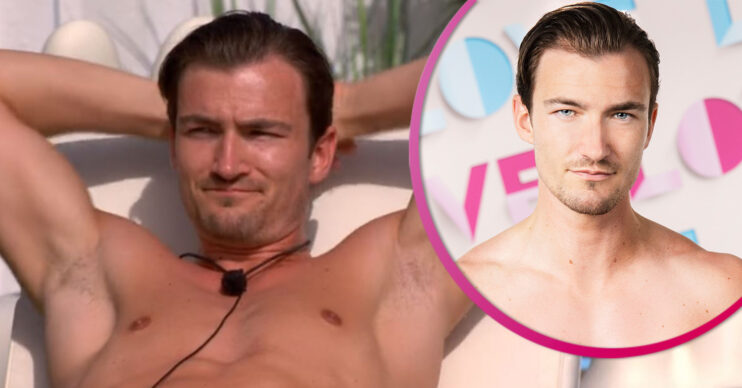 Brett is the latest bombshell contestant!

The successful male model and PhD student made his entrance lying on a sun lounger showing off his flawless body as he coughed to get the attention of Chloe and Priya and invited them to say hello.

Brett has fulfilled modelling contracts for big-name brands including Breitling and Jaguar as well as regularly appearing in London Fashion Week with his twin brother Scott.

The pair have jet-setted to glamorous locations including the USA, Madrid and Paris for jobs they’ve secured based solely on their looks.

As Brett entered the villa, the memes on Twitter rolled in and many compared him to Shrek character Lord Farquaad for  how he was sat on the sun lounger.

Read more: Love Island fans anticipate the ‘meet the parents’ episode, but could it be the most dramatic yet?

What were the best memes?

There’s plenty to choose from but here are a few of the more light-hearted posts being shared on Twitter.

Now tell me why my brain went straight to Lord Farquaad when I saw this 💀 #LoveIsland pic.twitter.com/RGhobkpf4B

However, some people took offense at the jokes and urged people to “be kind”.

Love Island producers issued an advisory to viewers asking them to think before sharing scathing remarks about the Islanders on social media.

One viewer tweeted: “The comments on this thread man… Every year people ask why there isn’t just normal average people in love Island. Then you react like this. Did your mamma not teach you if you ain’t got nothing nice to say don’t say it at all?”

Another shocked viewer wrote: “Such cruel comments. If you don’t have anything nice to say just keep scrolling by it’s very simple.”

A third posted: “Y’all are seriously attacking his looks?! It’s ridiculous, there’s nothing funny about being mean it’s unnecessary.”