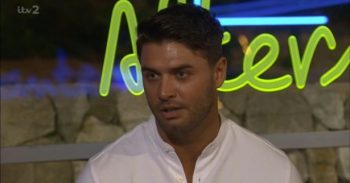 Fans and former contestants have criticised the show's aftercare process

Love Island has announced changes to its aftercare following the tragic deaths of Mike Thalassitis and Sophie Gradon.

The show faced criticism from former contestants, fans and even the Health Secretary Matt Hancock, who said they have a duty of care for islanders after they become famous.

Love Island said it had undertook a review of its aftercare six months ago and hired Dr Paul Litchfield, an experienced physician and a Chief Medical Officer, to “review our medical processes” on the programme.

And now, following the review, the show has said it will offer support to all contestants rather than just those who ask for it.

A statement from the show said: “Everyone at Love Island is so shocked and absolutely devastated with the tragic news of Mike Thalassitis.

“Since the terrible news there have been a lot of people questioning Love Island’s processes and aftercare. Many of the things that have been said about them bear no relation to the support we offer.

The statement continued: “Care continues whilst the Islanders are in the villa. We have a medical team on location which includes a psychological consultant.

“When the time comes for each Islander to leave the show, our aftercare process kicks in. Every Islander has a series of debrief meetings on location with the executive team and the medical team, including the psychological consultant.

“After this, they are told how to access aftercare support as well as information on seeking professional representation. They also meet with the press team the day after leaving the villa and are briefed and advised on their press coverage whilst in the villa.

“We have always recognised that this should be an evolving process and six months ago we engaged Dr Paul Litchfield, an experienced physician and a Chief Medical Officer, to independently review our medical processes on Love Island.

“This review has led us to extend our support processes to offer therapy to all Islanders and not only those that reach out to us. And we will be delivering bespoke training to all future Islanders to include social media and financial management.

“The key focus will be for us to no longer be reliant on the islanders asking us for support but for us to proactively check in with them on a regular basis.”

It comes after Mike, 26, was found dead on Saturday morning in woods in north London after he took his own life.

Sophie, who appeared on the show in 2016, was found dead at her home in Ponteland, Northumberland, in June last year and it was believed she had taken her own life.

However, this week Sophie’s parents said they believe there is nothing to support claims that she died by suicide.

Former contestants of the show have recently called for the show to offer better aftercare.

Dom Lever, who appeared on Love Island the same year as Mike, in 2017, wrote on Twitter: “You get a psychological evaluation before and after you go on the show but hands down once you are done on the show you don’t get any support unless you’re number one.”

Dom’s wife Jess Shears, who appeared on the same run of the show, posted: “Shows offer you ‘support’ but realistically it’s only while you are in their care.

“Minute you get home and are no longer making them money it’s out of sight out of mind.”

Shows offer you ‘support’ but realistically it’s only while you are in their care. Minute you get home & are no longer making them money it’s out of sight out of mind. There should be ongoing support & also finacial advice. Life after these shows isn’t all it’s cracked up to be.

Kady McDermott, who has appeared on both Love Island and The Only Way Is Essex, shared: “Hopefully going forward reality shows will help more with the aftermath of being on one, because I can say it definitely didn’t happen after my series when lots of us needed it.”