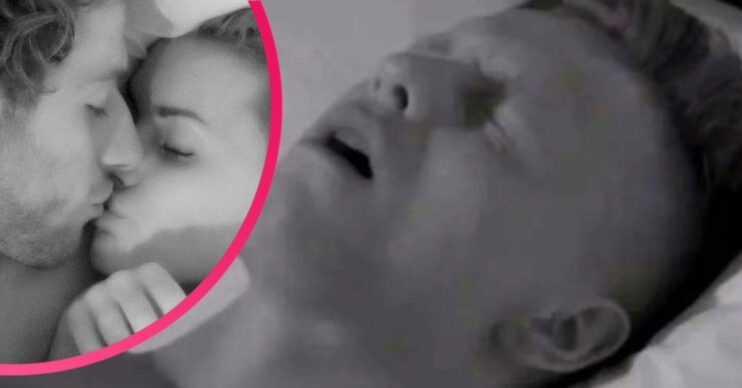 Love Island: All the couples who’ve had sex in the show’s history

Love Island 2021 has been back for over a week, but it’s not exactly been action-packed on the sex front so far.

However, the same can’t be said for former islanders, some of whom managed to have plenty of action during their time in the villa.

After all, when groups of attractive 20-somethings are thrown into a house together to find love, what else are they going to end up doing?

Here are all the couples who did the dirty on Love Island over the years, and beware, spoilers ahead for those not caught up with earlier seasons!

The first series really did start with a bang, in more ways than one!

Jon and Hannah were the first couple to ever have sex on the show.

The pair weren’t shy about it either, and when Jon heard some of the other islanders whispering he exclaimed: “Lauren please, you’ll make me lose a boner here.”

Terry and Emma stunned the nation when they ended up having sex in front of the rest of their fellow islanders. To make matters worse, they didn’t even try and hide. In fact, Emma made sure it was on top of the covers, to the dismay of the cast.

“I literally could not believe what I was seeing. Emma just sat there — doing it all — riding him like a buckin’ bronco,” said fellow Islander Sophie.

Emma wasn’t the only islander Terry hooked up with, he also slept with Malin. Even though this time was under the sheets, the others were sat watching and cheering them on.

The most controversial incident of all, however, happened when Alex and Zara went all the way.

Zara quit the show days later with her tail between her legs and lost her Miss Great Britain crown.

Other couples that got together were Rykard and Olivia, Olivia and Alex and Tom and Sophie.

While series 3 didn’t quite live up to the previous, the islanders sure gave it their best shot.

Both Jess and Dom and Camilla and Jamie both did the deed in the villa.

However, in a sweet turn of events, both couples are still together years later. True love can be found on a reality show after all!

Sadly the same can’t be said for Kem and Amber and Olivia and Chris, who later both broke up after the show ended.

Just like with the quality of each subsequent season, when it comes to action in the villa it’s a sequence of diminishing returns.

After storming into the villa and wreaking havoc like some kind of sex-crazed Godzilla, Megan set her sights on Eyal.

“It just felt right in the moment,” Megan told the girls. “It was really good and it was a long time coming.”

Megan’s former villa flame Wes also kept himself busy. He ended up hooking up with both Laura and Megan while on the show.

In a bid to maintain a duty of care to contestants, ITV stopped being quite so open about which couples got together after series 5.

As a result, none of the couples ended up confirming anything either way. However, Anna and Jordan didn’t exactly keep their bedroom antics secret. And both Tommy and Molly-Mae were caught under the sheets at one point too.

Paige and Finley were one of the few love stories from series 6. The couple, who are still together, didn’t exactly say they had sex. However, when asked if “breakfast had happened”, both nodded.

“Being in there and sharing a bed for so long and having genuine feelings, it’s hard to fight them,” said Paige.

Which is your favourite season? Let us know on our Facebook page @EntertainmentDailyFix.