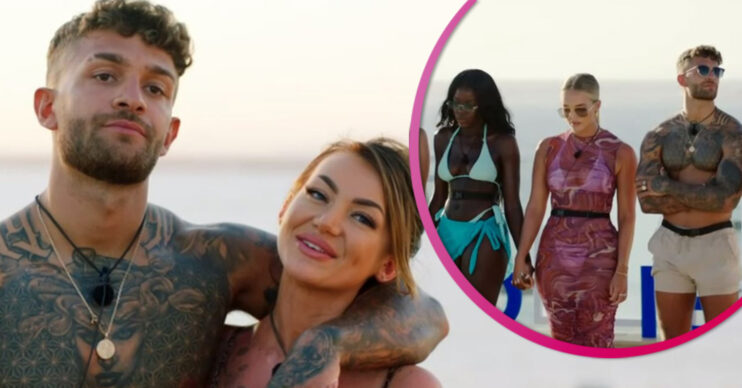 Love Island: Dale and Abi dumped from the villa in double elimination

Abi and Dale were chosen by their fellow Islanders to leave

Love Island stars Dale and Abi were dumped from the villa tonight in a double elimination.

During tonight’s show, their fellow contestants had to decide who to send home.

The boys had to pick a girl to leave and they chose Abi.

Meanwhile, the girls had to pick one of the three boys to leave and they chose Dale.

Viewers were left fuming over the decision and shared their thoughts on Twitter.

What did viewers say about Abi and Dale?

One person said: “Abi and Dale don’t deserve to go, seen it coming but am still fuming that it wasn’t Tyler.”

As if they’ve dumped Abi, wow she was one of my favourite. Fuming.

A third added: “As if they’ve dumped Abi, wow she was one of my favourite. Fuming.”

A fourth wrote: “It was obvious they was going to pick Dale. I’m fuming!!!”

Others thought Abi and Dale looked like a picture perfect couple.

One tweeted: “Yeah but how good did Abi and Dale look together?! #loveIsland.”

Another gushed: “Abi and Dale look so good together omg.”

Another said: “Can we just discuss how good Dale and Abi look together.”

Meanwhile, two new bombshells have entered the villa to try and turn heads.

Aaron and Priya have arrived and each picked two of the Islanders to go on a date with.

Priya chose Teddy and Matthew to have a date with.

Aaron picked Mary and Chloe to have a chat with.

But will any of them have their head turned?

Were you sad to see Abi and Dale leave Love Island? Leave us a comment on our Facebook page @EntertainmentDailyFix and let us know.