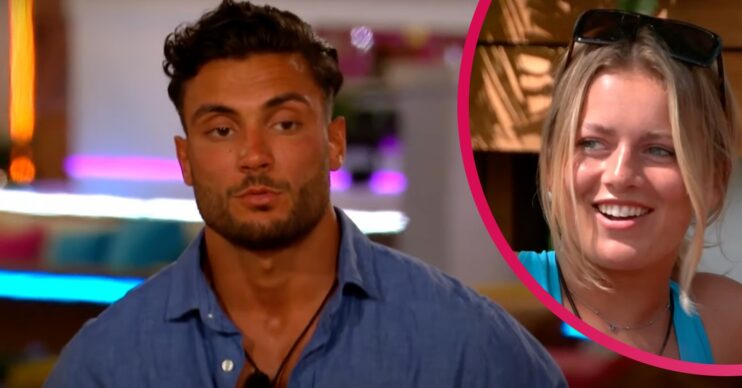 Things are hotting up!

Love Island 2022 continues with its second episode tonight (Tuesday, June 7) – and it looks like it’s going to be a juicy one!

Davide has been given 24 hours to pick a girl to couple up with – and tonight we’ll find out who it is!

However, towards the end of the episode, a new boy entered the house – 27-year-old Davide.

At the end of the show, the Italian found out that he has 24 hours to pick a girl to couple up with.

In a new first look at tonight’s show, Davide speaks about what he needs to do.

“In the next 24 hours I’m going to get to know better all the girls. Naturally, it’s a big decision,” he says while sitting in the Beach Hut.

Davide wastes no time, and the next morning starts pulling girls aside for chats.

Firstly, Davide has a chat with Paige.

“I fall in love for the personality and if you have a good heart. You are a beautiful girl – you’re a good looking girl,” he tells the Welsh contestant.

Davide then takes Gemma Owen to one side, before saying that she is playing her cards close to her chest.

Elsewhere, despite being coupled up with Andrew, Luca seems to be catching Tasha’s eye.

“I got a really good vibe off her. I think there could be something there,” he says in the Beach Hut.

Later on, Luca teases Tasha about her and Andrew having a spoon in bed in the morning.

“You don’t wish it was you?” Tasha teases.

Maybe Tasha and Luca will get what they want, as a challenge tonight will see them lock lips.

“The snog with Tash, it’s up there! I wasn’t moaning but it would have been nice if we were on our own and not with everyone around us,” Luca says later on.

Elsewhere, Indiyah is eyeing up Dami, despite being coupled up with Ikenna. Will she try and pursue it?

At the end of the day, Davide then announces who he will couple up with.

“Naturally, it’s not been easy to choose because it’s only been 24 hours. It’s difficult to try and know everyone and try to make the right decision,” he says at the firepit in front of his fellow islanders.

But which girl will he couple up with?