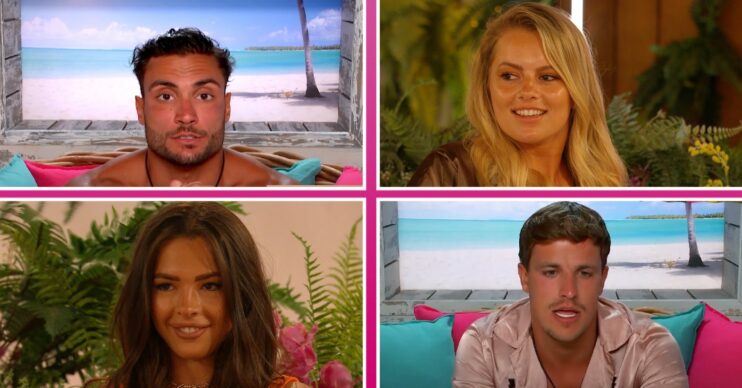 Who's going to come out on top?

Love Island 2022 was full of drama again last night (July 17) as the Islanders sat down to “enjoy” Movie Night.

Tempers flared when the girls saw what the boys had been up to in Casa Amor – and Luca lost his head over Gemma flirting with Billy.

As always, Movie Night was an eventful one for the Islanders.

The boys’ antics in Casa Amor were shown – and Tasha seemed pretty hurt by the way Andrew kissed Coco.

Elsewhere, Luca lost his cool when he watched a clip of Gemma and Billy sharing some flirty banter.

The clip left him both furious and questioning the strength of his relationship with Michael Owen‘s daughter.

Additionally, towards the end of the show, Paige and Adam stunned viewers by sharing a passionate first kiss.

Their kiss comes just days after Jacques left the villa, vowing to wait for the Welsh paramedic.

Following last night’s drama, new favourites to win the show have been revealed.

“The drama from Movie Night continued last night. Adam and Paige are the new favourites at 7/4, who recoupled after Jacques left last week,” he said.

“They’ve sat back and watched the drama unfold, whilst sharing a passionate kiss,” he continued.

“Second favourites are now Davide and Ekin-Su at 2/1, they have had a bumpy ride in the villa so far,” he said.

“But they seemed to be on solid ground after a few arguments but after the revelations of Ekin-Su and George in Casa Amor they’re back to their old ways.”

Sam then continued, revealing that despite their bust-up last night, Gemma and Luca are still third favourites to win.

“Third favourites are Luca and Gemma at 11/4, they have been a strong couple from the start, but they faced some drama last night as Luca continues to be jealous about Billy and Gemma,” he said.

Sam then continued, saying: “It will be interesting to see how the drama continues in tonight’s episode.

“We’ve got couple weeks left of Love Island, hopefully, we will see more bombshells enter the villa and maybe even some shock dumpings.”

Dami and Indiyah are currently 5/1 to win the show, whilst Andrew and Tasha are at 20/1.