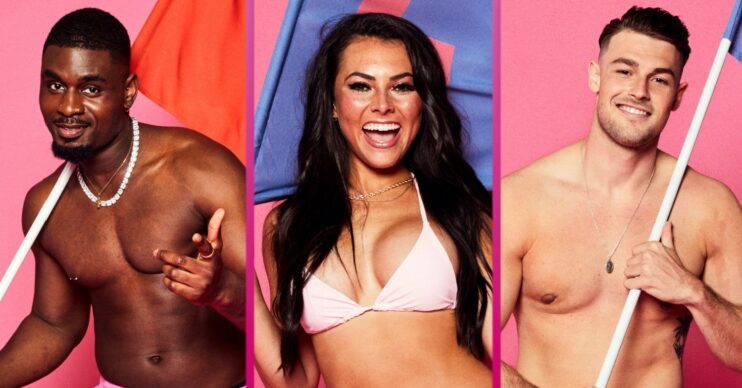 The new series begins next week

Love Island will return next week for the 2022 series and today the hot new stars heading into the villa were announced.

Among the hopefuls looking for love are a stunning paramedic, an Italian stallion and the daughter of a very famous footballer.

The show will also have its first-ever deaf contestant, model and dancer Tasha Ghouri.

However, as the line up was confirmed, some Love Island fans had the same complaint to make – they look like previous years’ stars!

As the 10 contestants were confirmed one by one on Monday, fans took to Twitter in their droves to share their thoughts.

Many fans of the ITV2 reality show complained that the stars all look the same as previous years.

Some had already picked out comparisons.

They wrote: “Great to see another Amber on the show. This girl looks like she has great character and energy.

“She just gives me Storm Anna vibes though this is a good thing. Amber could bring plenty of drama good luck Amber.”

This referenced Anna’s infamous falling out with beau Jordan Hames because of his wandering eye.

A third tweeted: “They cast the same types every year. The job roles for example, to follow a trend if the previous year they were popular.

“Even the previous contestants can pick their doppelgänger. It’s supposed to be the best season yet? But just more of the same.”

Another added: “Really don’t see how #LoveIsland get away with using the same cast every year and just giving them different names.”

Meanwhile, others took issue with the lack of body diversity again.

One said: “@LoveIsland New line up… I don’t see any dad bods, dodgy tattoos or mum tums. I just feel like there’s a certain clone of people going in there.”

Another sarcastically added: “Great to see #LoveIsland being so inclusive of all body types as always.”

However, others are over the moon that the series is returning next week.

The series will begin on June 6.

One said: “I’m so excited for the new #LoveIsland series! Bring on next week.”

Another tweeted: “Not gonna lie pretty excited for #LoveIsland to return again.. my 10 weeks of entertainment is back.”

Are you excited? Tell us on our Facebook page @EntertainmentDailyFix.