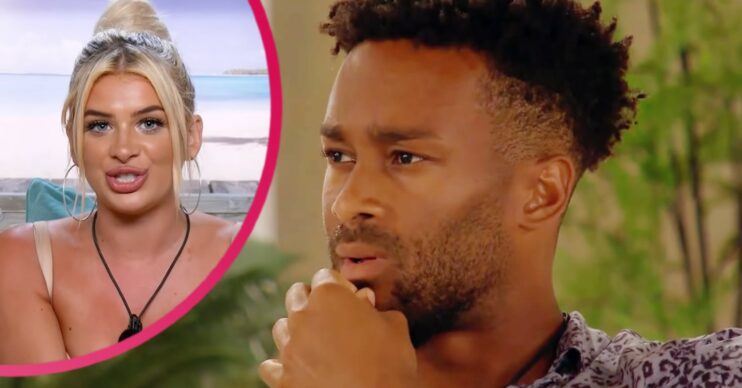 Some fans aren't impressed with the current Islanders

Love Island viewers have urged for ITV to donate this year’s £50,000 prize fund to the NHS.

Fans of the ITV2 reality series have recent spent weeks watching the drama unfold in the Majorca villa.

But some would rather see the show’s prize money go to a better cause.

What did Love Island viewers say?

During the Love Island finale, the winning couple are awarded £50,000.

On top of the hefty sum, winners can go on to have lucrative careers.

However, one viewer recently suggested that none of the Islanders deserve the prize money this year.

On Twitter, they shared: “At this point no one deserves the £50k, donate it to the NHS man.”

A second agreed: “Sounds like the most sensible thing to do!”

Another added: “Give it to the NHS and just clap for the islanders when they land home.”

A third wrote: “That’s the most intelligent tweet I’ve ever read.”

A fourth commented: “They need to wrap it up immediately I don’t know if I can watch to the 23rd.”

Meanwhile, others went on to list their favourite Islanders who deserve the cash.

One penned: “Just give it to Teddy and end this season early.”

Another suggested: “Have you forgot about the #LoveIsland living legend called Toby?!”

In addition, a third tweeted: “I agree. Either that or split it between Millie, Teddy and Liberty.”

What happened on the ITV2 show last night?

On Monday (August 9), viewers watched on as Dale and Abi were dumped from the villa in a double elimination.

Their fellow Islanders were given the decision over who to send home.

It came after Kaz, Abi, Mary, Jake, Tyler and Dale were voted the least favourite Islanders by the public.

The boys chose to dump Abi, while the girls decided to pick Dale.

And the surprises didn’t end there as two new Islanders, Priya and Aaron, arrived at the villa.

Priya, 23, previously worked on the NHS frontline during the pandemic as a med student.