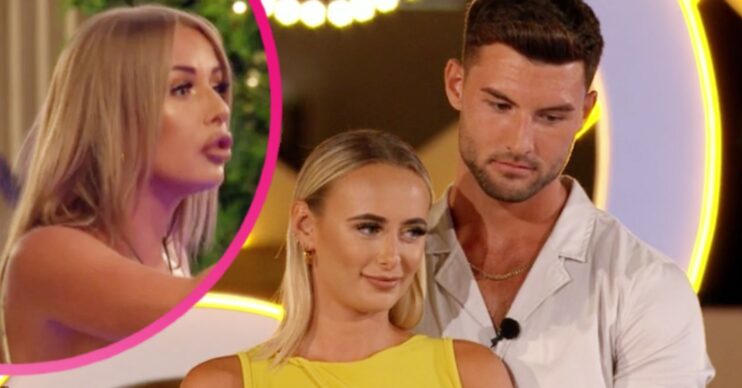 Love Island 2021 has been hit with Ofcom complaints after viewers were left furious over the show’s final.

Millie Court and Liam Reardon recently bagged £50,000 after being announced as winners of the ITV2 series.

However, some fans were far from impressed with the result.

According to Ofcom, the final episode brought in 297 complaints alone.

The complaints were mainly based on the show’s final result.

During the episode, Chloe Burrows and Toby Aromolaran were named runners-up.

The estate agent previously lashed out at her fellow Islanders after being voted the least compatible couple.

Meanwhile, earlier on in the series, an argument between Faye and Teddy sparked almost 25,000 complaints.

One wrote: “Sorry but I’m still baffled. How did Faye and Teddy got third place when Faye had 25k Ofcom reports for her abusive behaviour. #LoveIsland.”

She should have been disqualified

A second said: “I don’t get how Teddy and Faye were third?? The only possible reason why is that the producers mixed up the 25,000 Ofcom complaints with their votes.”

Another added: “Faye had 25,000 Ofcom complaints about her shouting at Teddy on national TV and she had came third LOL. She should have been disqualified.”

Speaking at Edinburgh TV Festival, he said: “The thing about complaints these days is every week there is a new most-complained-about show.

“It’s very easy now to complain, it wasn’t so long ago you had to go to the post office and get a stamp and now it’s the click of a button.

“I’m not so much worried about how many complain as what they are complaining about.”

Kevin added: “The ratings go up when there is a bit of conflict and it is an area where you have to take a bit of editorial judgment.

“I think generally speaking they get the tone right, people do shout at other people, as long as it’s not physically threatening, it’s not too inflammatory, it’s okay. But for some people, it might have stepped too far.”